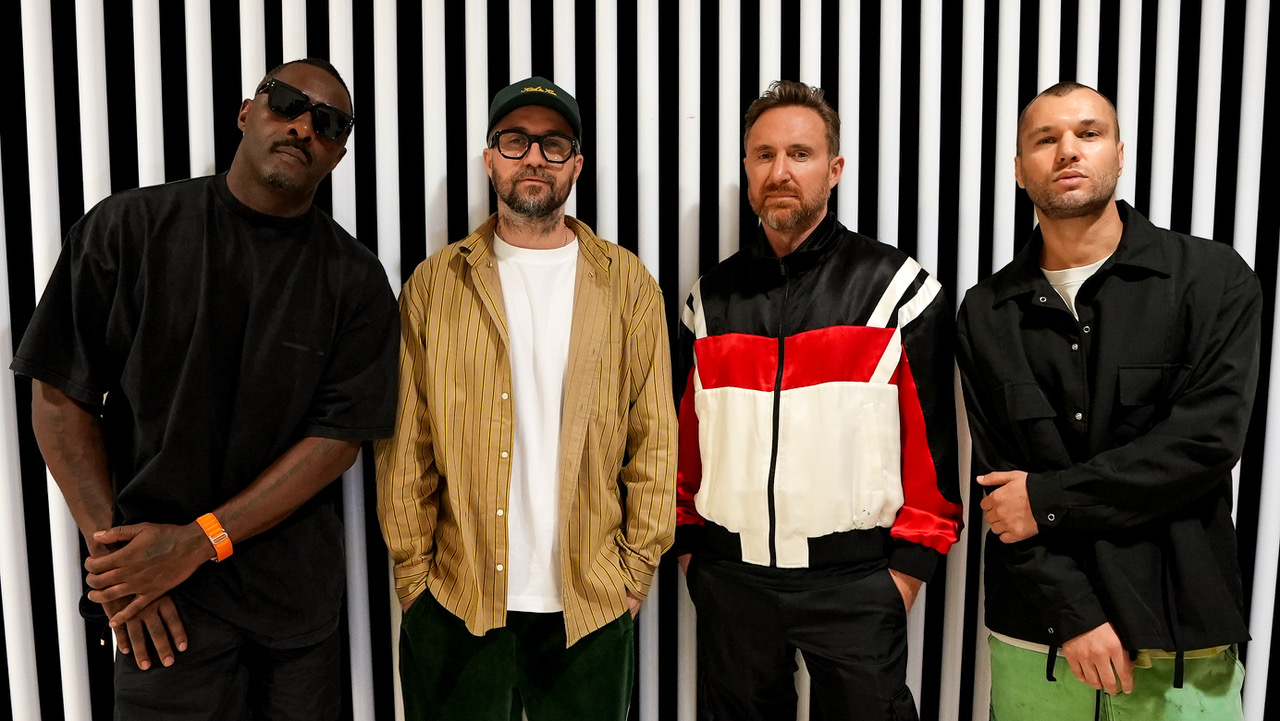 As ARTBAT’s imprint UPPERGROUND reaches its sixth release, the Ukrainian duo release their collaboration with one of the biggest names in dance music, two time Grammy Award winning artist David Guetta, and the highly influential and popular DJ, producer and actor Idris Elba, to create the authoritative and euphoric track ‘It’s Ours’.
ARTBAT have been showcasing their emotive brand of melodic house & techno around the globe this summer, taking in performances at Tomorrowland, Coachella, Exit Festival and more. Another highlight of this summer was when they performed an exclusive back to back session with David Guetta in July at the French DJs massively popular ‘Future Rave’ night at Hi Ibiza.
David Guetta’s ‘Future Rave’ movement began back in 2019, with him creating his blend of dark and electrifying techno and progressive house, which has served as an entry point for many of his fan base to delve deeper into the world of underground dance music and explore new sounds, which when seeing the crowds at the event, has clearly been a huge success.
Equally at Hi Ibiza on Friday night this summer, 7 Wallace label owner Idris Elba has been packing the Club Room each and every week, enthralling clubbers with his raw and energetic, bass line driven house music, which has complimented perfectly with the darker sounds of the Theatre room. The English artist has been serving a slew of dance floor weapons including notable tracks such as Body Shots, Biggest and On Life, which was also remixed by David Guetta under his Jack Back alias.
This is the first time a mega pop star, an actor and underground artists, from three very different sounding genres, have done such a collaboration, and you may ask yourself, how is this record going to sound? Between them all, they have created a quintessential hypnotic melodic techno track titled ‘It’s Ours’. A track powered by a sense of pious energy, using immense soundscapes and an unforgettable synth riff to encapsulate the crowd, before Elba’s inimitable and iconic voice conveys a message of freedom, energy, and thoughts that everything around that belongs to whole universe in the breakdown to bring unity and rapture for those listening on the dance floor.
Artist(s): ARTBAT, David Guetta, feat Idris Elba
Title: It’s Ours
Record Label: UPPERGROUND
Cat.Number: UPND006
Release Date: 14th October 2022
Tracklist:
1) It’s Ours