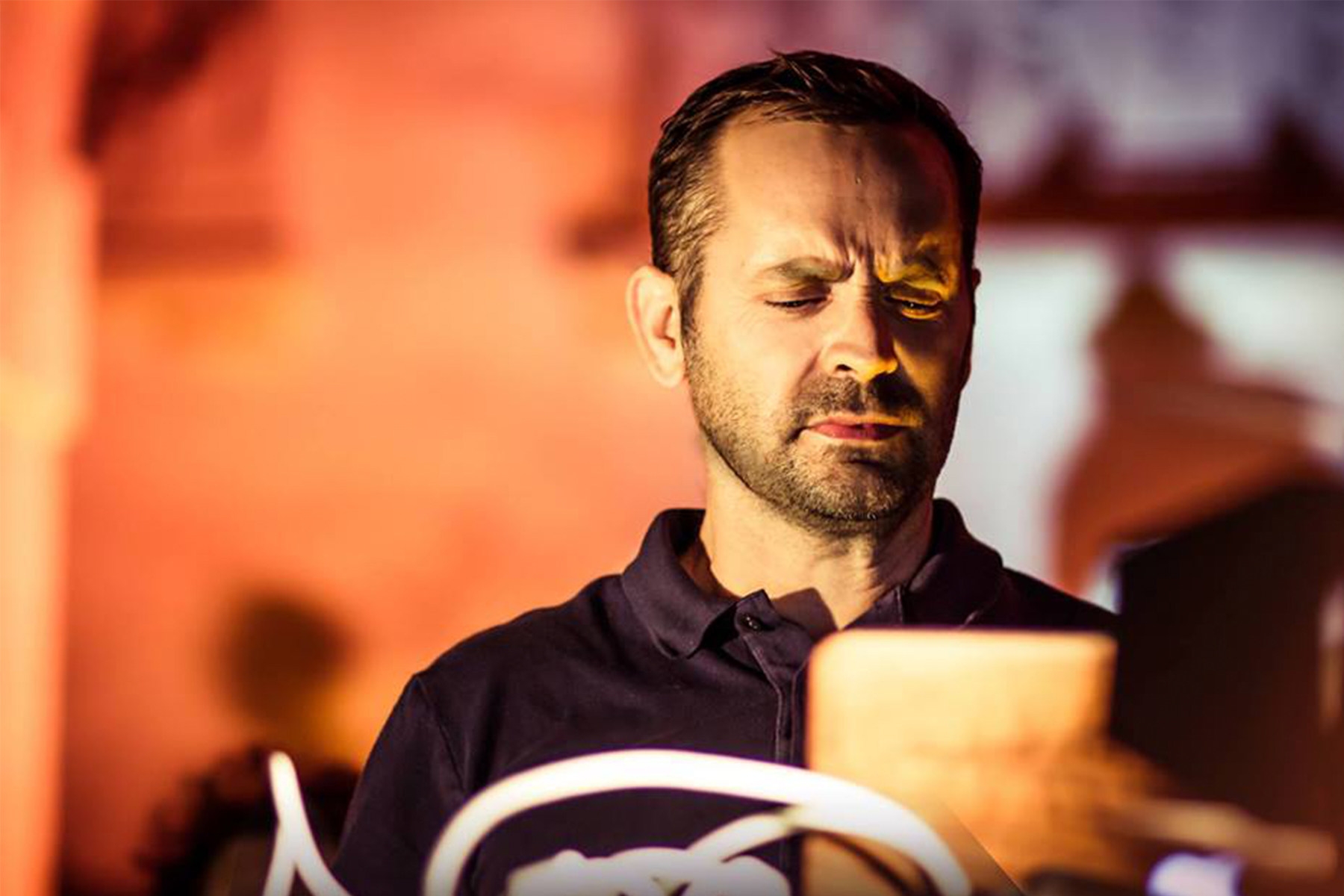 French producer and DJ Acumen returns with his third and most innovative album to date, Brune. Titled after the latest addition to the Acumen family, Brune is the name of his baby daughter, which follows suit to previous albums, the first of which dedicated to his son, and the second to the girls and women he loves.

The eleven track collective sees the Frenchman welcome a host of guests, kicking off with Cari Golden who lays down a catchy and beautifully soulful vocal over a classic house groove and trippy melodic patterns and keys, ‘Made For Me’ is a track to show off the versatility of Acumen. ‘Hyphen’ takes things a bit deeper as a drone bass line whirs throughout, carrying you through monstrous highs and hands in the air inspiring drops.

Mattia Pompeo and Forrest are the next guests welcomed into the studio with ‘Prés De La Mer’ where reverb soaked vocals inspire you through the breakdowns and see you off into the sunset. The bpm drops to 100 with the title track ‘Brune’ in which has been somewhat uncharted territory for Acumen once again proving his ability to adapt and conquer. The progressive vibes return with ‘Lointain’, another track which delivers empowering melodic foundations to keep you propped through the late clubbing hours.

If previous tracks represent sunsets, then ‘Strictly Taboo’ is a shimmering rainbow of carefully selected chord progressions and raw synth work. ‘Strictly Taboo’ acts as the calm before the storm as the following ‘White Devil’ opts for eerie vocals throughout to keep you on your toes alongside harder kicks colder chords. Phonique joins Acumen for ‘The Magnificent Road’ bringing in dissonant melodic selections and an early 00’s French sound.

Marc DePulse’s collaboration ‘Dominate Me’ brings back the soaring build ups and minimalistic drops of perfect simplicity between kicks and bass. Acumen sees the album out riding solo with ‘Intime’ and ‘Take A Course’, the latter of which instilling a tech house groove to close the show. 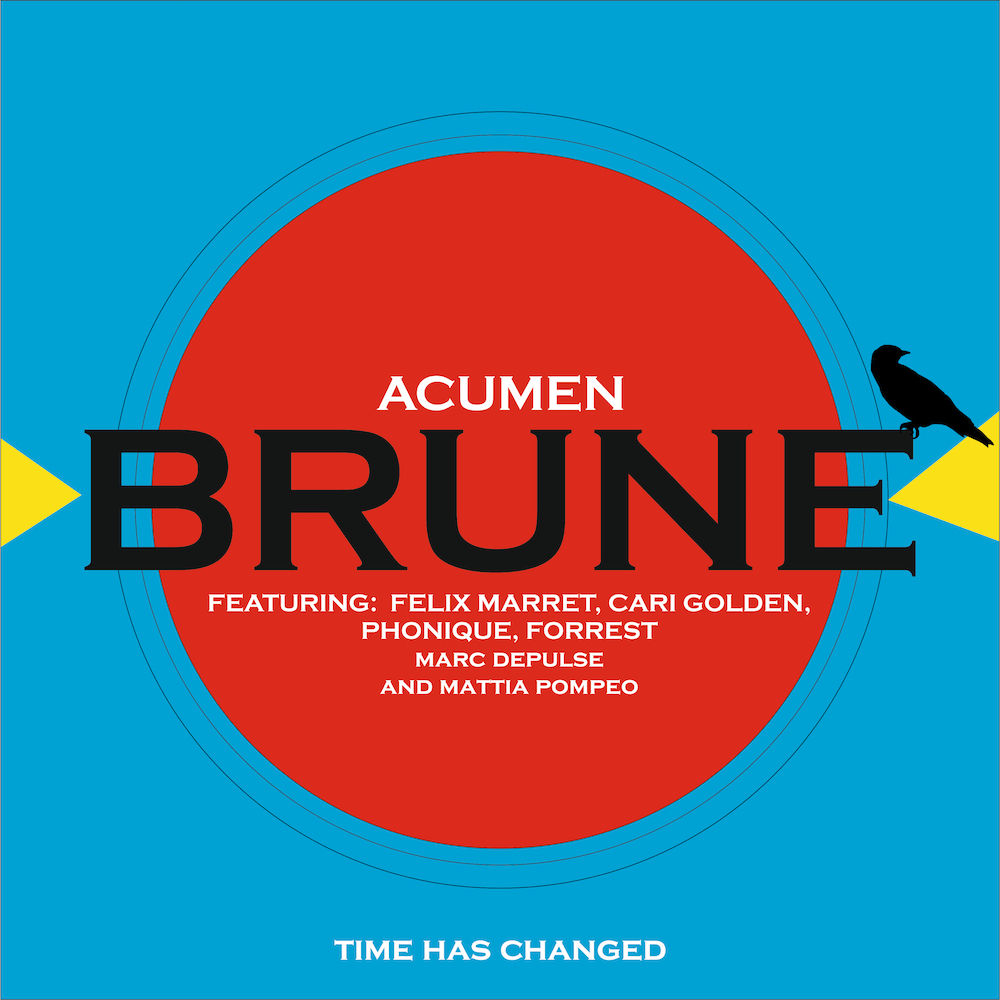 Acumen, great to chat to you today, how are you and what have you been up to?
I am in good shape, I’ve had a quiet summer at the end of the break, I’ve also had a lot of work and had many simple vacations with family and children

Let’s dive straight into your third album, ‘Brune’, tell us a little about the concept behind the album, and who it was dedicated to?
There is no particular concept except that I like that an album can be listened to everywhere and not only in the nightclub. It’s an album that I think is quite varied, very melodious. With pretty ‘easy listening’ tracks and others that are more suited to the dancefloor. The album is dedicated to my last child: ‘Brune’.

How do you feel the album has differed from your previous long-players, do you feel you’ve adapted to a wider range of musical influences?
I think I have matured a lot in my productions. I take more time to compose, I am in less of a hurry and I redo the versions more often. I also have the contribution of a high quality pianist with whom I worked on many of the tracks: Felix Marret. He brought a lot to the album, the design and the melodies.

‘Made For Me’ has a really nice catchy and housey feel, where as ‘Dominate Me’ has much deeper-techy vibe. Was it important to you to have a really varied range of styles in the album?
Most of the albums I still listen to are the ones that are varied. I have a hard time listening to an album that oscillates around a single style. I also like that there is some form of progression throughout listening. This is why you say that “Made For Me” is super housey, very summer and that “Dominate Me” that I produced with the excellent Marc DePulse is downright dancefloor and darker.

How did you get in contact with some of the artists on the album? Were they always in mind to release on album?
All the artists I’ve worked with are artists I’ve been a fan of for a long time. I asked them naturally if they wanted to participate in my album and we produced the tracks together.

Any favourite tracks?
No I like all of the tracks, but maybe the power of ‘Brune’ touched me the most, and it is the track of my daughter so 😉

We’re obviously loving ‘White Devil’, what was the inspiration behind this one and where did you sample the vocals?
Thank you very much! I will reveal several secrets on this track. First there is a tribute to Laurent Garnier, because without really paying attention I used the same melody for the bass layers as on “The Man With The Red Face.” He is an artist that counts a lot for me and it makes me feel good by giving me frequent incredible feedback.

Also, this piece talks about cocaine. ‘The White Devil’ for me. It is a drug present in our environment and now in all social circles. It’s a total scourge, a social scourge that makes you a total addict and especially makes you think that you’re smart when you’re actually a complete idiot 😉 The vocals are from me with special treatment.

I believe you’re a busy man, Pharmacist, family man and a producer, where do you find the time do it all?
Of course it’s not easy but as I often say, I like to do a lot of things. I never take the time to do nothing, maybe it will do me good eventually. It may be time to relax a little after this album!

Is your music influenced by this busy lifestyle? How do the two play into each other?
I’m not sure it’s my lifestyle that influences my music but rather the people around me. My family, my friends, my children and all the feelings that cross my mind, be it joy, anxiety or happiness.

Tell us about your studio set up.
My equipment is very computer based. In reality I have very little hardware but I have dozens of virtual instruments and I think it’s great to be able to work this way.

Would you rather see France win the world cup again or see your album reach number one?
France Number one ! So many emotions and I like so much football haha!

What’s lined up for the rest of the year?
Some nice EPs on labels I have already been working with.