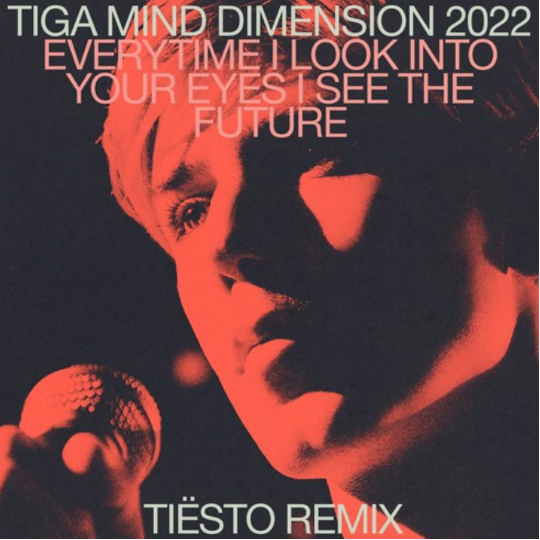 One of Canada’s most recognisable electronic talents, Turbo Recordings label boss Tiga is a previous winner of the Juno Award for ‘Dance Recording of the Year’ and considered one of the world’s finest mixers. He has remixed songs from The xx, LCD Soundsystem, The Kills, Cabaret Voltaire and many more.

Demonstrating why he is a world-renowned producer, the Tiësto remix of ‘Mind Dimension’ hits the spot in a big way – check out the release here

Tiësto is a Grammy® Award-winning, platinum-certified, international icon. The DJ and producer is the only artist to ever hold the titles of “The Greatest DJ of All Time” courtesy of Mixmag, and “#1 DJ” according to Rolling Stone. From his underground dance floor bangers to his high-profile Las Vegas residency and crossover success, Tiësto created the blueprint that defines what it means to be a success in today’s dance music world. In Tiësto’s true fashion, he continues to expand across genres, always evolving his craft. With over 36 million albums sold, 10+ billion cumulative streams, and a social platform with an audience exceeding 30 million fans spanning the globe, he continues to revolutionize the dance music landscape. Tiësto’s first release since signing with Atlantic Records, “The Business” has dominated airplay and charts worldwide since its September 2020 release, garnering over 1.5 billion streams to date, and was nominated for Best Dance/Electronic Recording at the 64th Annual GRAMMY Awards. It has also held a steady position on Apple & Spotify’s “Today’s Top Hits” & “Today’s  Hits” playlists, and hit #1 at US Dance Radio. “The Business” is certified Platinum in 15 countries and gold in 8 countries and has held a place on the Top 10 official singles chart in 10 countries as well as Top 50 on Spotify in 31 countries. Tiësto made history with single “Don’t Be Shy” with Karol G, which marked the first English song ever for Karol G, and the first Latin Artist collaboration for Tiësto, and currently has 821M streams, over 1.2 million TikTok creates, and over 273 million views on the official music video. The third single from Tiësto’s upcoming album, “The Motto” with Ava Max, is out now with 872M streams to date, and his single “Hot in It” with Charli XCX continues to climb the charts with 91.5M streams.