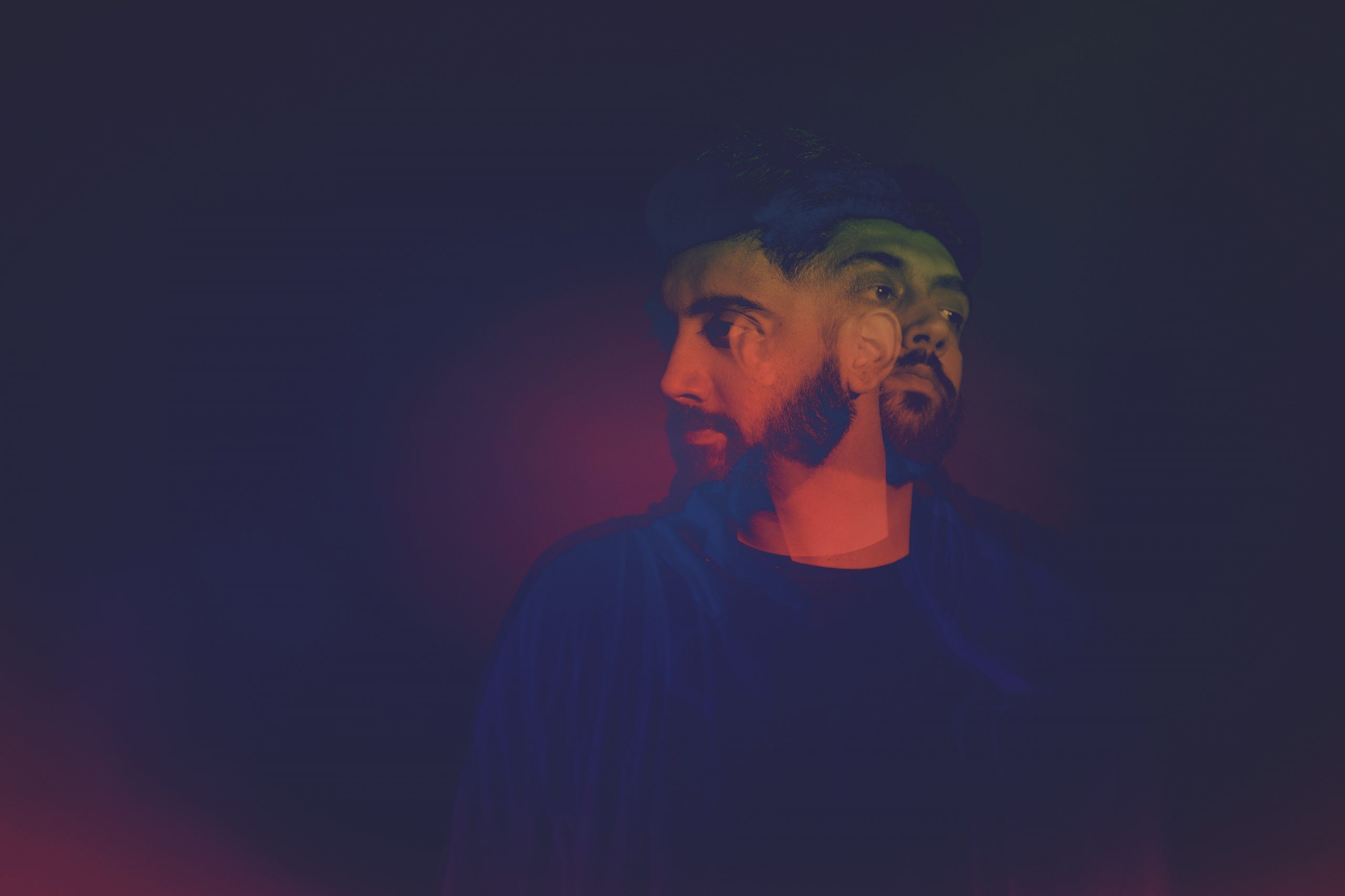 [INTERVIEW] SPRYK ENLIGHTENS US ABOUT THE PRODUCTION PROCESSES BEHIND HIS NEW ‘APEX’ ALBUM ON HIS SKIP-A-BEAT IMPRINT, AUDIO VISUAL PERFORMANCES, PRODUCING SOUNDTRACKS FOR VR VIDEO GAMES, AND UPCOMING PROJECTS.

Mumbai-based producer SPRYK is the electronic music and art exploration of Tejas Nair. This multi-faceted artist has had a hand in AV performances commissioned by Magnetic Fields Festival in 2019, producing soundtracks for VR video games and worked on various PUMA and Adidas Originals campaigns, whilst heading up his very own label – Skip-A-Beat.

We caught up with SPRYK to hear about his exciting seven-track album ‘APEX’, the wider music scene in India, the story behind his imprint, most memorable gig highlights and his contributions with such prestigious brands.

Hi Tejas, thanks speaking to us. You’re currently residing in Mumbai, can you tell us about the electronic music scene there and some of your favorite venues in the city?

Hey guys, thanks for having me. Mumbai is a unique city and has always had a vibrant youth as well as professional environment that is very internationally tuned. Mostly everyone here has moved away from their hometown to come work here and of course, it’s the home of Bollywood – which definitely adds a small bit of the glam quotient. I think all of these factors have helped inculcate a very active electronic music scene.

At this current moment, there is a fantastic representation through all the genres via emerging and established local DJs and producers. Mumbai is seeing the emergence of labels such as my own (Skip-A-Beat), Krunk Kulture and in fact – Mumbai was also home to one of India’s first electronic music crews called Bhavishyavani Future Soundz. To summarize it all, Mumbai has been pivotal in the electronic music history of India and continues to hold its place as one of the most active cities in terms of shows, music, producers, DJs and venues.

And what can you tell us about the wider music scene in India?

Whereas electronic music took the world by storm in the 80s, it truly started to blossom in India in the late 90s / early 00s. So our scene here is fairly young. That being said, it has emerged into a very credible international market in a very short span of time. Apart from International artists regularly touring here, loads of our boys and girls are going out to play, releasing on international labels and also venturing into music entrepreneurship.

India is where events like Magnetic Fields festival are taking place, so I think that’s a very good sign of where we are. From a time where it was Bollywood music or bust, the independent music scene in India was born because of Rock and Metal music and sustained through electronic music. It’s now come to a point where even tier two cities are seeing active scenes and not just the regular metropolitans (Delhi, Mumbai, Bangalore, Hyderabad).

You’ve had a hand in Audio Visual live performances and producing sound tracks for VR and video games, whilst featuring on various PUMA and Adidas Originals campaigns. How does it feel to be involved with such prestigious brands and how did this come into place?

It’s definitely been very humbling to be trusted by such brands at such an early place in my time as SPRYK. I think that partly the brand collaborations are a by-product of the fact that the funding infrastructure for independent arts in India is mostly through brand integrated sponsorships and partnerships. Brands such as the ones mentioned above are looking for artists and personalities to engage with in order to showcase the inspirations behind their products and I’ve been lucky enough that my work has aligned well with their vision quite often.

Your releases focus on provoking a greater understanding of thought, action and interaction and has been supported by the likes of Red Bull Music as a key artist of the region, as well as Sennheiser Audio. What are the thought processes behind each release and are there any particular pieces of hardware you tend to reach for in the studio?

I’ve always consciously tried to stay ahead of the curve in terms of adopting new tools and technologies whenever possible. I’ve also been fortunate enough to work with a network of collaborators that all come from various exciting spaces such as visual arts, game design, film and more. This hunger to stay ahead of the trends has often led me to explore the themes that I do. Speculating about the future is an exciting exercise for me personally and I like the idea of building worlds with each project rather than working within a genre or a style. This has often led to more partnerships to gain access to hardware and other bits that would otherwise be out of my reach. Both Red bull as well as Sennheiser have been very kind in enabling some of these projects. For the past few years I’ve been experimenting with immersive audio and Sennheiser actually has a line of products called AMBEO that focus on crafting immersive audio for Film, VR & gaming. Currently my favourite bits in the studio would be the Moog Subharmonicon, Elektron Analog heat Mk2 & a new soft synth called Vital.

You’ve dropped your new release ‘APEX’ on Skip-A-Beat. This was originally an AV performance commissioned by Magnetic Fields Festival last year and rated one of the top five key performances by Resident Advisor and Rolling Stone. Can you walk us through the production process behind it and the inspirations?

Yeah, it’s been really humbling to see the response from publications as well as those that attended the show.
APEX is a project that I started working on around july last year. I had been drafting out early concepts for a show that explores the relationship between humans and technology. I wanted to explore this as a story through an immersive concert. I was reading and learning a lot about how humans have historically interacted with technology at various levels and how our speculations of the future have primarily been guided by advances & transformations in the tech world. Whie building on my early thoughts, I got a call from the curators at Magnetic Fields Festival with a very exciting proposal. They wanted to commission me to present a brand new body of work at their festival.

Once the show was confirmed, I reached out to Cursorama (Visuals) & Naveen (Lights) to work with me and help put the vision together. The idea for the visual identity was that we would wrap the entire stange from with a see through reflective scrim, which is basically a net like fabric that absorbs any light that falls on it. We used this to project a layer of visuals in front of me which created the illusion of holographic visuals. It was obviously very tricky to set up this production at a festival that takes place in a remote location such as Alsisar but the entire team was very excited about the show and powered through to figure it out.

What can you tell us about the ethos of your Skip-A-Beat label? And can we expect any more releases on the label in the near future?

The label actually started as an online radio show on a local community radio station. I would be curating the shows month after month and I’d either be digging out these exceptional tracks from obscure producers sitting in some corner of India, or I’d be sent the goods from kids making music on a laptop who have never officially released a track before. I realized over time that there is actually a gap and that the music / producers of this music require a platform too. That’s when the label angle came into play. To source and discover this amazing music being made across the Indian / Asian subcontinent and to give it an organized platform to be released and heard was the overall intention. As time progresses we are looking for music that has a visual or mixed media angle and yes, there are some amazing artists that we will be working with for the coming year.

Can you give us three of your current favourite releases right now?

What are your most memorable gig highlights?

Honestly, I have been quite fortunate in the short time that I have been performing to have had a handful of really incredible experiences at shows. The debut showcase of Apex definitely has to be the most memorable. Magnetic Fields Festival is easily among the finest music festival experiences you can attend in India. I have on 2 previous occasions showcase my projects with them but never a performance on stage. Apex came together in such an organic manner from the very first discussion that it will always hold a special place in my heart. Debuting the show with my team in Alsisar mahal under an open sky to about 2000-3000 people on day 1 of the festival was quite something. It’s by far the most ambitious project I have ventured on as Spryk and the biggest audience I have played to as well. The other would be a DJ set I played to close day 2 of Boxout Weekender in Delhi which is a 3-day urban music festival. The venue took place at, Auro is easily one of my favourite clubs to play at in India right now.

How has it been adjusting to life this year and has it sparked any other production ideas?

It was fairly perplexing at first. The trend going around was that it was a great time to reflect

Have you got any live streams, releases or any other projects in the pipeline you would like to mention?

I do have a lot of new music in the pipeline. There’s also a really special digital event in store for Apex. My team and I have been working on an immersive show for the past 6 months during lockdown and I think we ill finally be showcasing it in early January.