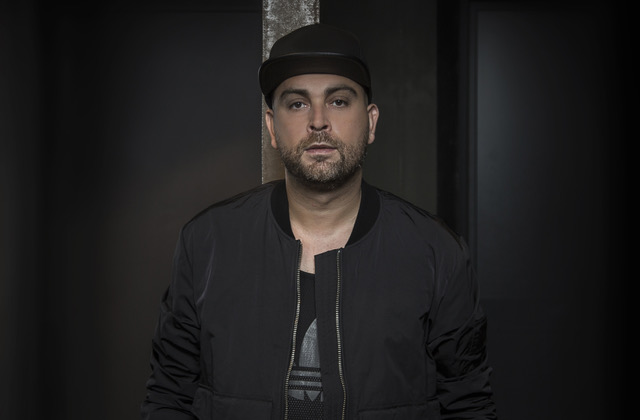 Contributing WriterDecember 5, 2019
FEATURES0 Comments 0
Italian DJ and producer, Sasha Carassi, is considered a veteran in the scene thanks to his years of experience and unparalleled work ethic.

2010 was a big year for Sasha as he catapulted into the electronic scene with signings on renowned labels such as Drumcode, Sleaze, Respekt, 8 Sided Dice and established himself within the wonderful world of techno.

In recent years Sasha has been a signature artist at major festivals and reputable clubs all over the world. Here we chat with him about his upcoming album for Diynamic Music.

Check it out here: https://www.beatport.com/release/picture-sasha-carassi/2773643

————————————————————————————————————————————-
1. What were some highlights of 2019 for you?
For me, some highlights of 2019 are surely the SA tours, always amazing, mainly in Argentina , but I can say the best satisfactions of this year are from the studio sessions and the productions .  At the end I made everything was in my mind since a long time, a style that highlighted my musical culture and my creativity .
2. What are your main inspirations and influences?
The inspirations comes in every moment of my day , the music is around me and I can only be influenced by everything that I listen to. To be more specific , I’m a fan of bands such as Led Zeppelin , The Beatles , Pink Floyd, to name the legendary ones , but my influences are from more current electronic bands too, like the Muse, Arctic Monkeys , Massive Attack and Daft Punk. These are the first ones that come to mind , but basically i listen to everything.
3. Musically what turned you on most, what trends excited you?
I have a wide view for everything that excites me , but it’s just as wide everything that bores me .
I believe , in every kind of music there are some gems, but one of the trends ,that influenced me, has been all the U.S. house music “old school” of the early ’90s . In the following years I have approached the other musical genres , mostly funk, rock and electronica .
4. How long did it take to write your Pictures Ep? Do you work quick or slow?
I can’t say exactly how long I have spent to write “Picture” because the six tracks were part of an album from which Solomun extracted them , but to finish the whole album I spent about six months .
My work isn’t mechanical , so sometimes I’m very fast  and I can finish a track in two or three hours  and sometimes I spend several months , it depends by the inspirations and the moods .
5. What was the aim for it? Did you have something specific to say with it?
The main aim is the 360° true expression of myself , not focusing on only one genre and on the trends of the moment.
6. Organs, strings, guitar sounds in the music – are they samples or do you play them?
I’m not a musician but I play the synthesizers , in fact I played many parts of organ and strings also with softwares  help , there is a very little part of samples , while a friend of mine , Alfredo Pavia has played bass, electric guitar and the acoustic one.
7. Is it for the dance floor or not?
Yes and no. There are some tracks that were born thinking about the dance floor , I can’t say the same for others. In that case the emotions and the inspirations led me
8. How does sit compare to other music you have made – did you do anything differently?
In my opinion, my new productions are a musical upgrade. For long time I was trying to add new elements in the music that I made previously but it was hard to get a grip. I believe I have found the right direction slowing down the Bpm and not thinking exclusively to the dance floor.
9. Whats next, what else are you working on?
I’m working on a new album and I’d like to release it in the 2020.
10. What do you hope to get for xmas in an ideal world?
I believe, the first thing to do is to break down prejudices and bad competition, so I imagine a world that opens the door to the dialogue and to the exchange of ideas and cultures, and above all with NO RACISM.