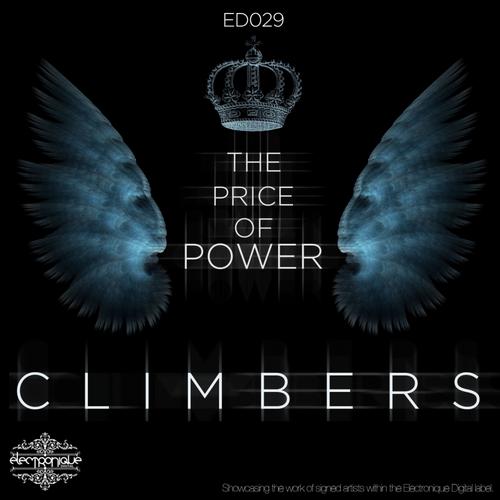 Climbers – The Price of Power (Electronique)

[Release]  Climbers were easily the hottest duo to come out of 2012. Having some of the highest charted tracks of the year with ‘2cB‘ and ‘Equal Responsibility‘, among countless others, these boys cemented themselves in the scene. 2012 was their introduction and 2013 they will be taking over. Their new EP ‘Price of Power‘ out on Electronique has already been getting major love and praise from fellow DJs and fans alike, and for a damn good reason, it’s straight sexy hard hitting heaven. In addition to the original, the release gives us 4 interpretations from an all star roster of Kolombo, Lula Circus, Sishi Rosch, and Moonwalk.

This release shows us a harder side of Climbers with the original and the hard hitting remixes. While this track still maintains some of that token enigmatic Climbers perfect blend of all things nu-disco and deep, the boys hit a little harder with this one. They find that perfect balance between their usual dreamy deep with spacey undertones and lulling little melodies and a harder sound with faster than normal paced percussion laced with heavy male vocals and penetrating synth stabs. An impeccable mix of elements make this an instant favorite for sure.

The first remix from Kolombo honors more of the original but swaps out the heavy bassline with a vibrating twang that ripples down to your core with his emblematic funk sound. The second from Lula Circus takes a whole playful spin on the track amping it up with an excess of perfectly inlaid percussion, drawn out echoing vocals, and airy bridge breaks cut with hard hitting vibes. The third interpretation from Sishi Rosch takes it straight gangster with heavy and strong unyielding vibes. The last remix on the plate from Moonwalk takes it for an indie dance / nu-disco spin with a bouncy bassline, lightened percussion, and 80s-esque groovy riffs, this track takes it from dark night to summer day all while maintaing some of that badass air.

To pick a favorite is too hard when each version is too sublime. Overall, a massive release for Electronique and nothing but quality as always. Really impressive work from all artists involved on this one.