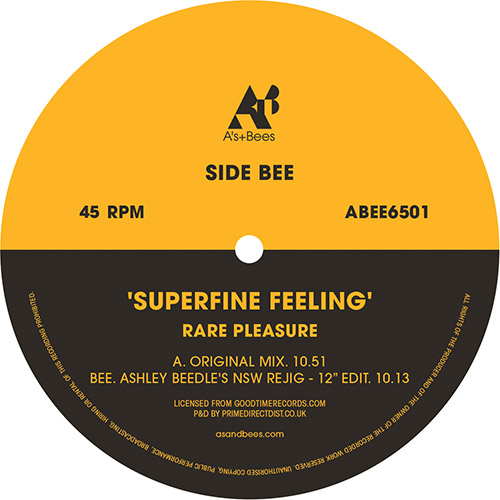 Proudly presenting the inaugural release on A’s and Bees, a new label of heavyweight 12 inch pressings highlighting double sided delights, with 50% of the profits from each release being donated towards the British Beekeepers Association. First up, Rare Pleasure’s ‘Superfine Feeling’. Only ever pressed as an almost unattainable acetate that’s rarely traded hands and when it does we’re talking £400 upwards. A 1977, modern-soul-tinged disco number from the New York troupe with soaring vocal harmonies, jamming guitars and big band section galore. Who better to take on the Bee side than Ashley Beedle himself, offering up a signature NSW rejig – retweaking, dubbing and straight buzzin’ this cut out across those summer thermals for maximum dance floor bedlam. 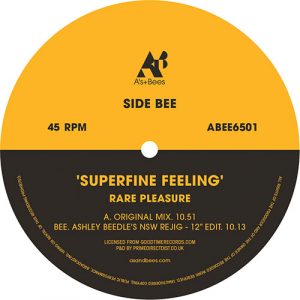 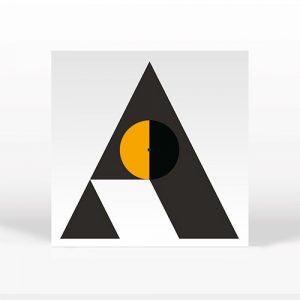 A’s+Bees is a brand-new label. What’s the music policy for you guys?

The debut release is a modern soul-tinged disco-funker so lots of what I love is covered here, but the next releases can be anything I’ve found or dug up that hits a note AND that could be potentially flipped with an edit or rework like Ashley has done with this rare, Rare Pleasure track.

You decided to support the ‘British Beekeepers Association’. Tell us why and how you do that?

That was the initial plan, to have a label to support the Bees and the name fell in place. Charity label, label name, + Bees. It was a “Tri-idea”. Pre lockdown I had a night out with a Visual Artists/Designer friend Dylan Kendle, who I’ve known since we were toddlers (our mums were school-friends and still are good friends), and I told him of my idea, he added to it, and offered to come in on A’s & Bees with me. He then delivered some stunning designs which really took the label brand to the next level.

Coming out of the gates with a storming first release Rare Pleasure ‘Superfine Feeling’. Talk us through the original track. What makes it so special?

It’s a wall of sound of pure dancefloor joy over 10 minutes with vocals and a bassline to die for. I can’t wait to hear it out on a proper club/festival system. It’ll hopefully be the feel-good delight for us all getting back to dancing this summer. I reckon the Bees like it too…one told me so once.

Tell us something about the original artists Rare Pleasure?

People may know their biggest hit from ’76 “Let Me Down Easy”, which has been played many times at all the right places. Lots of the headsy “selectors” dip in and play it. I put it out last year and it’s the reason this gem popped up. It only got to acetate in ‘77 and that has been changing hands for upwards of £400.

Who would you like to hear playing this release?

Everyone that gets a buzz out of it.

First saw the light of day in 1977. So many records dug out from that time and reissued. Why do you think we feel so warm about that decade musically?

How long have you got? Those hedonistic days will most likely never happen again, but we can have some fun trying to recreate that feeling right? I reckon we’ve got close once or twice.

You mentioned that this release was on Discogs for £400. What do you think about records getting sold on Discogs for such high value? Do think this is a good or bad thing?

If these record dealers can supply a demand then so be it, but I’m personally not a fan, it’s just not my thing. I don’t like to see people priced out of music, especially the emerging young’uns who are getting into the scene. I’m sure the Discogs sellers hate me as I have a track record of finding these gems and making them affordable but I’m about “music for all”. I reckon these “dealers” all secretly watch Antiques Roadshow in their underwear getting all hot and bothered.

Fast forward to this release, Ash Beedle and his NSW Rejig. Was the ‘Bee’ in the Beedle that made you chose him for the retouch?

Nope, an absolute fluke. It was supposed to bee, right?

What has the Black Science Orchestra legend done to the OG track?

A 2021 injection of the dancefloor gold like only Ashley knows. Its respectful to the original but you can tell it’s our Mr Beedle. He seems to feel the emotion and DNA of a track and work his magic from the inside out. A unique talent!

What’s coming next for A’s+Bees? What should we look out for?

As the designs Dylan created are so marvellous, we’re going to make some merch but it has to be right, so I won’t rush it. Donations will be made to the BBKA throughout the branding. Regarding the next release, let’s see.

I’m just off to eat some raw honey and see what ideas I can have.