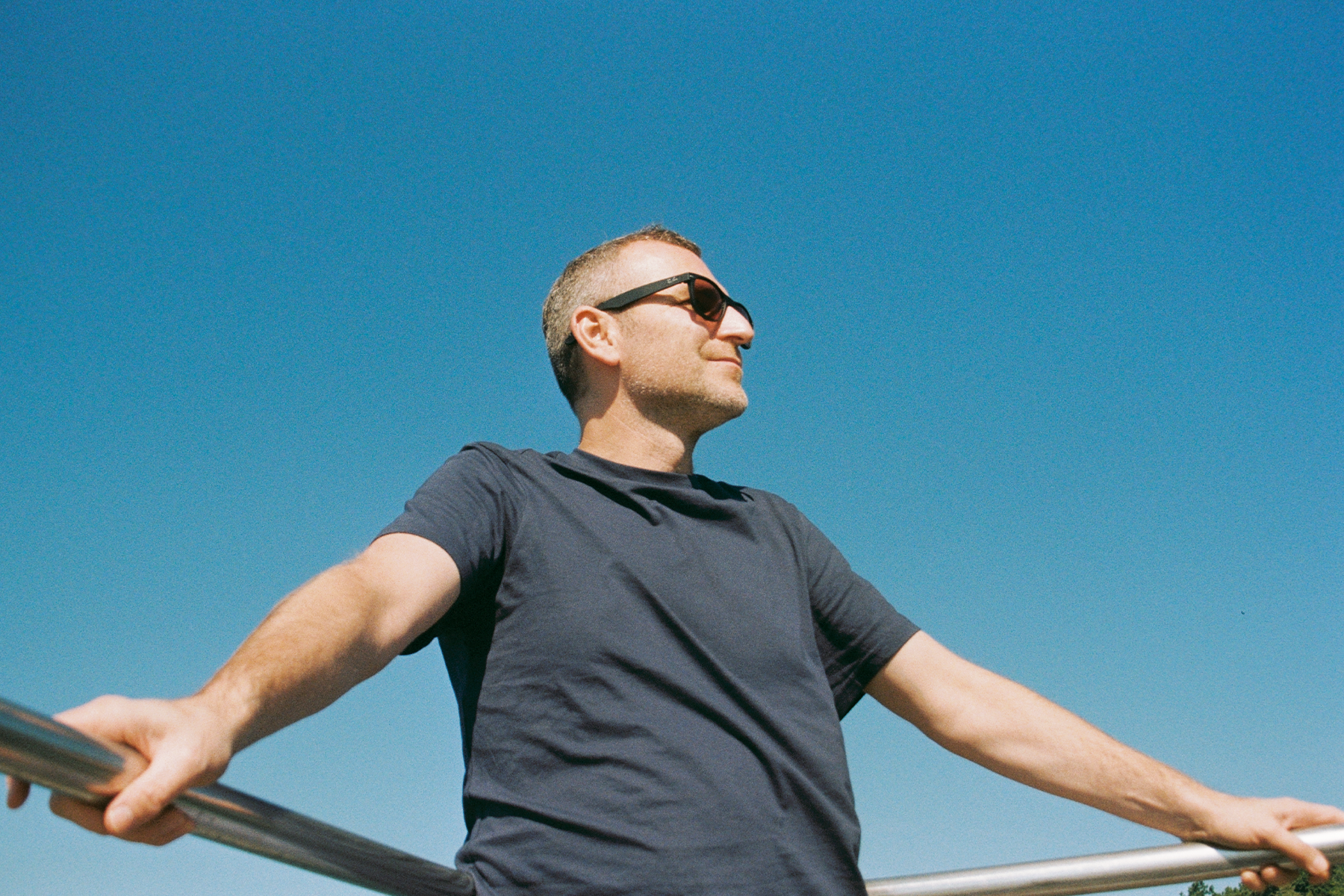 Much respected DJ and maverick producer Mark Hawkins has had a highly credible career that spans a double decade plus. He is about to drop his new album ‘The New Normal’ on London’s Houndstooth Records.  We had a little chat with him ahead of the launch! 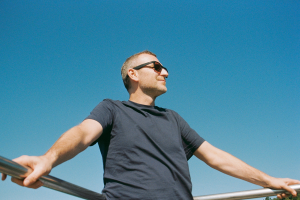 Over the course of your career your music has spanned house, techno, acid, rave, and punk. On this new album ‘The New Normal’ your sound is a whole other vibe. The tracks traverse pop, funk, and house grooves. How did you arrive at the mood for this new collection?

To be honest, it’s not as big a departure as some of the stuff I’ve been working on over the last year which has yet to be assigned to any releases but given that clubs have been closed and opportunities for touring artists have been limited. I think I was targeting slightly more of a listening audience than a dance floor one, although the dance floor dynamics are certainly still in play on this album.

The album title is pretty apt given the last 18 months of our lives. Does the title directly relate to that? What does the title mean to you?

Certainly, the name references the pandemic to an extent, but there’s more to it than just that. I was already experiencing some seismic shifts in trajectory before Covid hit, many changes have happened over the past 2 years, so pandemics aside, I think I would have been living in a new normal anyway.

You have collaborated with the brilliant Jamie Lidell on ‘Let It Slide’. This isn’t the first time you two have worked together. What is it about Jamie that you thought would be good for the track? What do you feel he has brought to it?

I’ve always been totally K.O.’d by Jamie’s vocal talents, and I really feel he’s one of the greatest vocalists of all time, and there was something about this track which referenced his earlier work with Cristian Vogel from 22 years ago with their Super_Collider project, so it was great to have Jamie come back to his roots to some degree and have him sing on some funky slamming out there electronics. But as I say, he’s my go-to, and I feel honoured and privileged to have the opportunity to work with him.

You have released on Dixon Avenue and AUS Music as well as several releases on Houndstooth Records. How did your relationship begin with Houndstooth? How many releases have you had on the London label? Why do you think you have done so much with these guys?

From the start, when Rob Booth (Houndstooth A&R) first contacted me, Houndstooth were always very keen to invest in me as an artist, which is something rare in this day and age. This is the third album I’ll have released with them, but we’ve had a few singles and eps along the way also. But as I say, they have always seemed to approach things from a long-term perspective, and I wouldn’t have had the opportunity to go so deep in an album format or have had some of the opportunities I’ve had with vocalists and whatnot, they have a significant reach, and the ability to make things happen that would be out of the hands of many other labels.

We LOVE track ‘Lazy Sunday’ as it fits right in with our vibe here at MI4L. Can you give us a little insight into the making of it?

I guess it was just heavily influenced by Jovonn stuff from the early 90s, so I was just trying to get that kind of aesthetic. Sometimes you have to go for the rough production on purpose but then dial the roughness back a little and get the balance right. In that respect, it worked out pretty well.

We are also raving about ‘You Bring the Sunshine’. Who is the vocal on this tasty treat?

It’s just a sample pack vocal. I’d love to work on a whole album of songs with a vocalist, but it’s really difficult to find someone good enough, who also has the right song writing skills, and also has the time and commitment, the same goals and motivation. So I often, and especially with this album, raid the sample packs. I feel like I pretty much rinsed much of the best stuff Splice has to offer in regard to acappellas and vocal samples.

I keep thinking about working on my own song writing skills, just to open it up at least just to someone who has a good voice and can be directed to sing in the right way, even if they can’t write words themselves, but after so much work on music over the last 18 months, I’m kind of on a hiatus right now, I need to take a break and regenerate. But yeah, finding the right vocalist is really really difficult. Working with Jamie is awesome, cus he has it all, the production chops, the song writing, and that voice, I’ve never really worked with anyone else who is as much of an allrounder as he is, but excelling in every field, and it just makes working together super easy, cus I can just send him a dub, he hits me back with his idea, and on both tracks we’ve worked on, we were just on the same page from the start, and as much as I’m reasonably accomplished in recording vocals, he’s probably better at recording his own vocals than I would be.

But it’s not like we have such a close personal relationship that I feel I can approach him and say, “Hey Jamie, wanna work on a whole album together?”. Plus I guess I’ve always been a little bit in awe of him, cus I’ve been following his music since his very early techno stuff, with Subhead, and his first 2 solo EPs -that was like the biggest mic-drop in techno in my opinion, back in ’97 he just dropped these 2 techno EPs and it almost seemed like he was like “Ok, I’m done with techno now”, and this was really really out there stuff, and I was just totally blown away, jaw on the floor, like “how does someone make sounds like that?”, the sound design and programming was just really next level for 1997. And since then, he’s touched on many different styles, from totally freaked out IDM stuff, through to the very polished blue-eyed soul. So, it meant a lot to me when he was praising my mix work, and saying that the album was next level, it was like Yoda had spoken to me. (laughs)

Have you got a favourite track on the album or is that too hard to say?

I’d actually say, “Shape the way you compromise”, as I feel it’s the most future looking of everything on there and ties together a few disparate styles. I really love the stuff that Wajeed does, the kind of fusion of jazzy soulful stuff with something more futuristic, and I’m a big fan of the West London Broken Beat sound like Kaidi Tatham, and I’ve just had this idea for a while of trying to fuse that kind of jazzy sound with crazy IDM edits, and also, it was the last track I worked on for the album, so I’m not quite as sick to death of it as I am the others (Laughs)

For maximum enjoyment, where should we be when we are listening to this brilliant LP and what should we be drinking?

On a tropical beach with a Mojito! Loud!

Wishing you a whole lot of success with it! 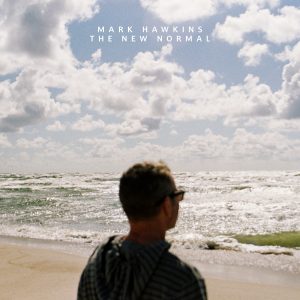