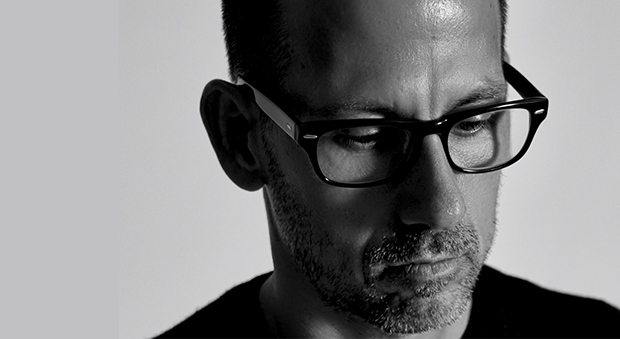 Just as the chill of the northern hemisphere, winter 2016 sets in, John Debo’s Mindwarp imprint awakens after a near 18 month hibernation with a bear of a release from Josh Dupont & Dan Snow aka Extended Play. Not to name drop, but their work has already featured on labels such as Bedrock, Crosstown Rebels, Fade, and Prisoner of Love. Quite an impressive feat for a couple of boys from Houston, Texas.

The title cut, ‘Sounds Like Glitter’, opens with a powerful bass groove, slowly evolving with soft, percussive melodies to a killer breakdown where Dan’s classical and jazz musical training shines through with his intricately interwoven guitar riffs & melodies. Not straying from the musicality of the original for a moment, Mindwarp bossman John Debo goes full steam ahead delivering both a remix and heavier dub version, already garnering early support from John Digweed on his globally syndicated Transitions radio show.

Check out John Debo’s dub version and interview with the label owner below.

Tell us about this exciting new EP by Extended Play on your Mindwarp label and the inspiration behind your own remixes of “Sounds Like Glitter”?
2015 was a long period of reflection and soul searching for us – a lack of inspiration, lack of direction, and before you know it we’re a year in without a release! I knew we were looking for something different, but not quite sure what that was. Chatting with my buddy Troncoso (Prisoner of Love label boss) one day, he mentioned he may have something right up my alley from a Houston duo called Extended Play. Already familiar with Josh & Dan (Extended Play) from their release on Bedrock, I was looking forward to listening. As soon as I heard that guitar rip, I knew this was for us (anyone who knows me, knows I’m a sucker for a nice guitar).

The track practically remixed itself. Did I mention I love me a nice geetar?! A day of writing followed by a day of arranging and mixing – remix done. I did a version with a funky ass 303 (the only instrument I love more than a guitar) & a cool riff I sequenced with an Elektron Analog 4 I borrowed from my buddy Macks Botwin. Knowing not everyone is a fan of the 303, I also did a dub version without. Coming off a long hiatus, I wasn’t sure if these remixes were even playable. Once I had the masters back, I sent them off to John (Digweed) for a listen. Over that weekend, Chris Fortier asked me if I knew John had played my remix in the latest episode of his ‘Transitions’ radio show. Shortly thereafter I had more than a few messages in my inbox about the remix, one of them from BOg (an artist on Bedrock currently making some wicked music). I was ready and fully inspired to make some new music.

Can you tell us about what you use in the studio to make your music so special? Any tips for new producers?
When uninspired, I find change and self-imposed limits to be great catalysts in stirring up the creative process. Prior to this remix, I completely douched my plug-in folder of all soft synths except Native Instruments Reaktor 6. In Version 6 they introduced their Blocks format, a wicked, modular approach to building soft synths.

About the same time, I drove down to Fort Meyers to collaborate with Beaumont Stanford & Matt Davis (aka Neon Core) on some music. Beau had sent me some incredibly fresh sounding tracks they just finished, and I was really interested in seeing what they were using to make the sounds. I had never played with a modular synthesizer before that trip. The sounds we made were incredibly unique, inspiring even. It completely flipped my workflow.

Typically, I write the melodies first, then make the sounds. With the modular, I create the sounds, and as strange as this may sound, the melodies write themselves. The other thing I love is the fact that I have to record it immediately, because once I turn it off, I’m pretty much back where I started. In the past, I would leave my ideas as MIDI, allowing me the flexibility to change them, over, and over, and over, and over… Sometimes never achieving finality of any kind, leaving me countless sessions filled with cool ideas arranged as 8 bar loops. Since adding the modular, I find myself committing all of my ideas to audio then promptly deleting the MIDI parts – I love the fact that once printed, I have to move on. This process forces me to finish things, probably the single biggest challenge every artist is faced with.

What keeps you motivated & what are you looking forward to in 2017?
This new workflow has been so inspiring. I haven’t been this excited about making music since I started doing so back in the 80’s. 2017 feels like it will be filled with pure, unadulterated artistic exploration, and loads of new music. Looking back, I feel like I made music to remain relevant, ignoring my inner artist. For the first time in a long time I feel like I’m finally making the music I was put on this planet to make, which I’m finding is rather important to the creative process, and at the same time, incredibly fulfilling. Music wise, I just finished a four track EP of original work which I’m about to begin shopping about. One of the tracks, “Brain Overload,” was featured on a recent episode of John Digweed’s ‘Transitions’ show, which was incredibly encouraging. In addition to original compositions, I’m in the process of working on remixes for Tulipa, Fade (a collaboration with Chris Fortier under our super-secret Conectè guise), Stripped and my own Mindwarp imprint.