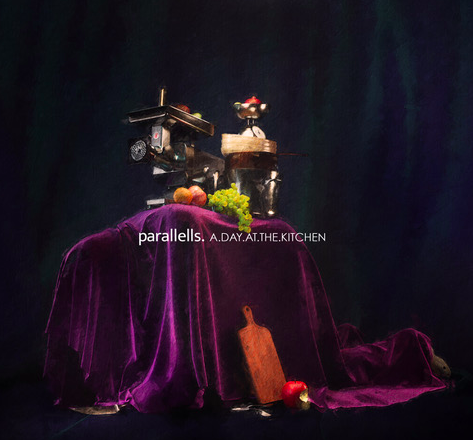 Contributing WriterOctober 12, 2021
MUSIC0 Comments 0
The Kitchen is first single from A Day At LP and is released 14th October via Klassified
Artist: ParallellsTitle: The KitchenRecord Label: KlassifiedCat.Number: KL016Release Date: 14th October 2021Tracklist:1) The KitchenThe Kitchen is the first single from Parallells’ album “A Day At”. They invite their audience on a sonic expedition where eclectic sounds from a specific location provide the rhythmic foundation for each track. This one takes place in the French restaurant Le Quai des Artistes. Through the lyrics and music the two brothers tell the story of a chef and his secret recipe of life.Parallells immerse themselves into the sounds of the kitchen, the noise of the stoves thrown on the fire, the gnocchi machine announcing the tempo, the sharpening of knives and the cutting beats of vegetables, the order from the chef to the sous-chefs or the tingling of cutleries becomes the melodies and rhythm of the soundtrack. Accompanied by Simone Cesarini on the guitar, and Alessando Mazzieri on the base, the two brothers sing the life’s recipe in a low pitch smooth French language. A groovy underground musical journey giving you appetite!
https://www.facebook.com/parallellsofficial/
https://soundcloud.com/parallellsofficial
https://www.instagram.com/parallellsofficial/?hl=en