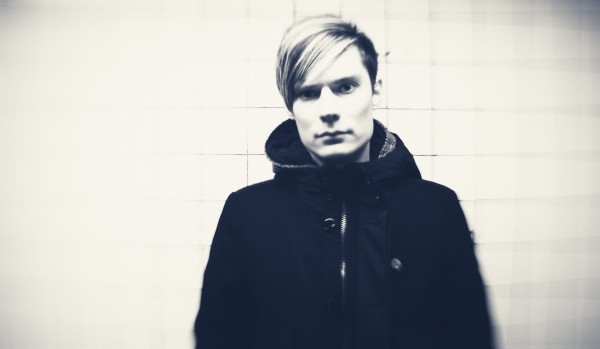 Interview with MANIK: Moving to LA, His New Band and More

MANIK is a man of many talents. More than just a DJ or producer, MANIK is a creative artist and he’s not just satisfied making club music. I think all DJ/producers, at some point, decide they’ve got to expand their musical horizons to new worlds and that is just what MANIK has done. He has started a new band called Shadow Lanes and from the tracks I’ve heard so far, he is on pace to making a real impact in yet another music scene. There’s a lot going on in this young artist’s life at the moment. He’s also picked up and left New York for California, positioning himself in the City of Angels for reasons you can find out below. We caught up with MANIK to ask him a bit about his new music project, LA and all kinds of other shit.

Tell me about your recent move to LA? When did you get in and why did you make this move from New York?

I just moved here last week pretty much. I made the move for various reasons. Besides the music scene here being so amazing right now, I was completely ready to not pay so much for a shoebox space, be outside more often with this consistent great weather, and be closer to my girlfriend and my sister. Both of whom reside in Southern California. All of these factors were a giant motivation to make the move to LA.

What are the big differences you can see so far between the West Coast and East Coast?

I feel like the value you get out on the West Coast trumps the East Coast. Having said that, nobody will have better Pizza and Sandwiches than us Brooklyn folk. Then again, the Tacos and Asian food can’t be beat out here.

What are your favorite places to eat in NY? Have you established any favorites yet in LA? If so what are they?

Yeah, for Pizza I still think the best places are in Brooklyn like Robertas. For Sandwiches you want to go to Lionis in Bensonhurst. Amazing old school Italian place. That spot is like the definition of Real 718-BK-Queens vibes from the 50s through the 90s. For dinner, Traif is one of my favorite places in all of NYC, but there are so many good ones.

As for LA, I love a lot of the spots in Silver Lake. Heywood the Grilled Cheese Shop is awesome. Alegria on Sunset is bomb Mexican food. And I pick Bottega Louie downtown as a favorite for Sunday Brunch.

What can you do here in LA that you can’t in NY?

I love walking outside at anytime and throwing on a pair of shorts and shades. I am clearly working on my Tan. It’s gonna take some time though.

How do you think where one lives affects the way they make music? Do you think living in LA will affect your music?

It totally affects you. Your environment is the single most important thing on your creativity. It has always been like this for me- in 6+ years of making bedroom beats. Making music out here is going to be great. These sunny vibes might prompt me into making more “Summery Nu Disco.”

You’ve recently released a new EP on Nurvous Records “Get it Together/Lockjaw”. Can you tell us a little bit about what to expect from this EP?

Two house tunes that I love to play out. They’ve really worked when I dj. Get It Together definitely has a poolside approach to it where Lockjaw is meant to be played at the clubs- I remember rocking it at Output in December for the first time and it smashed.

Speaking of new music, you’ve recently put together a new live project called “Shadow Lanes” (or perhaps band is a better word than project). What was the motivation behind the formation of the band? Who is involved?

I started this band 2 years ago with one of my best friends Alex Hamadey aka Hammer. He is a fantastic guitar player, engineer, and studio rat, and we just really vibed in the studio together. Next thing you know, we had a few songs done for Shadow Lanes and we sent them out for vocals. The girls Eli & Fur provided the vocals on Sea And Back.

Do you see yourself moving away from the DJ world and more into the live performance world in the future?

Not really. I mean I always wanted to produce music for others. Guys like Pharrell Williams is who I look up to. I want to work with vocalists and writers, and maybe even get into the scoring game a bit. Having said that, I love to DJ and play records. And performing in a band, is something that really appeals to me in addition to that. I think I will try to do as much as I can with the time I have.

When can we expect to see a full release from Shadow Lanes? Any performances lined up?

Sea And Back is going to be out as a music video first to get some buzz going. We have the 3 track EP ready to roll after this. So in due time this will be released. We want to perform and play live shows later this year for sure. Excited!

If you could choose only three words to describe Shadow Lanes, what would they be?

What bands or producers have been important influences on Shadow Lanes?

Portishead, M83, Washed Out, Jagwar Ma, Darkside, and way too many more. We like stuff from all corners of the world.

If you could have Shadow Lanes perform on the same bill with any other band, who would it be?

I would just say our sound is perfect for the Festival circuit. Playing Coachella one day would be amazing.

If you were an animal, what kind would you be and why?

Dog. They rule. Unicorn is the trendy answer and I’m a DJ which is totally unique.