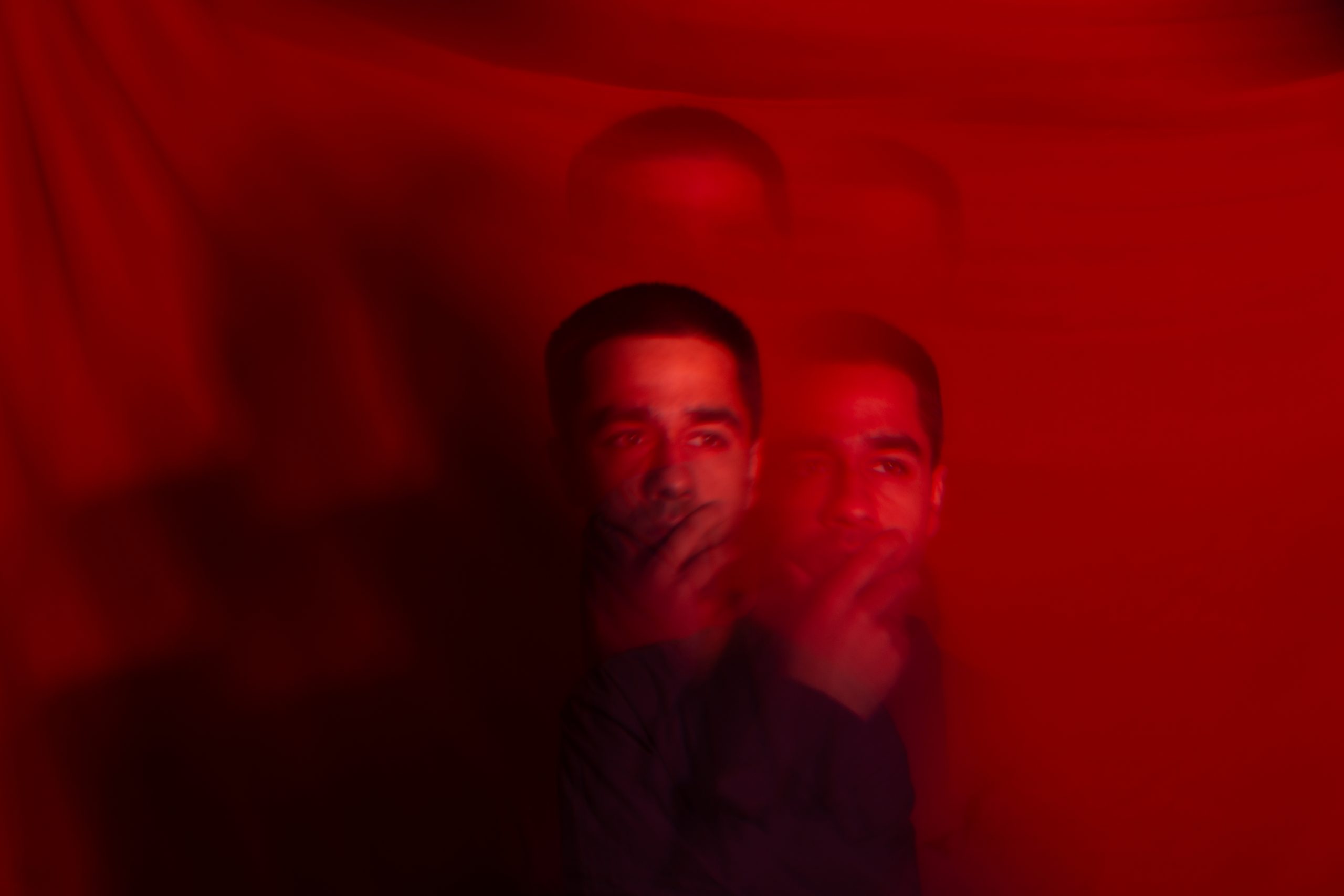 Hot off the heels of his dynamite “Khyber” EP on Qilla Records we managed to catch up with the formidable, VRIDIAN. The New Delhi, India based artist always propels an innovative sound, and his “Khyber” EP pays testament to this fact, blurring the lines between genres, steering in a new direction of deep and minimalistic house and techno.

Previous releases from VRIDIAN include output on Manjumasi, Traum Schallplatten, Nie Wieder Schlafen and Dream Culture, and we can only hope he adds to this extensive back catalogue in the coming years. Here is what went down when we caught up with the emphatic producer and DJ, discussing the Indian scene, who to look out for, and everything he is working on…

Where are you chatting with us from today?

Hey team, greetings from New Delhi in India. Festive times in the country as we just saw Diwali and season time is about to start. The weather cools off and winter is near plus everyone loves to party.

You have played a part in the Indian scene for many years now, what can you tell our readers about the current scene over there? Any hot tips for readers travelling there?

It has been around half a decade for Vridian so far and yes it has been quite a ride. First and foremost, electronic music / nightlife hasn’t been the culture of the masses in these parts it has been an acquired taste for a fringe demographic. I’m happy to say that this fringe demographic has been expanding – so there are more slices of the pie for all those involved as promoters, venues, artists and DJs. We have a lot to straightening out to do in terms of standards when it comes to throwing shows, inclusivity and an ecosystem which is devoid of things like nepotism, social
media clout and throwing ourselves blindly at trends. India has also become a nesting ground for numerous international tours across the electronic music spectrum. This has been ongoing for more than a decade and we get to see some fantastic musicians from across the globe, especially in cities like Delhi & Mumbai – which I feel
cover a wide range of electronic music genres.

Our local community is also becoming more colorful with music producers & DJs rising to the occasion. Sometimes it does feel like there are certain international tours that are entirely unnecessary, due to the quality that already exists here – but no point getting into the optics of such things.

If I was traveling to India from any other part of the world, I would spend my time away from the cities. The Himalayas are majestic, there is an ancient energy that surrounds this mountain range. It can be accessed from various states from the North (Himachal Pradesh, Uttarakhand, Kashmir) to the North East (Assam, Meghalaya). It’s really special up there. Of course, Goa is a gorgeous little tropical paradise in Central / South India, and it’s neighboured by places like Gokarna, which are ideal for some peace by the beach.

I’m a huge taker of all types of South Indian cuisine – so states like Kerala, Karnataka, Tamil Nadu, Telangana are all right up there for me. For all the divers, don’t waste time on the mainland and go straight to the Andaman & Nicobar Islands. There’s something for everyone.

Are there also any other artists in India you can recommend to our readers?

We are loaded here and across the board!

Within the leftfield and electro spaces we have FILM, Kollision and Zequenx.

There are some exceptional DJs as well such as Anushka Menon, Deep Brown, Dreamstates to name a few. Another special one for crews pushing different vibes – keep a look out for Qilla Records, Regenerate Music, Unit 909 (Mainly tours).

Your latest EP just landed on Qilla Records, is there a story behind the EP, and it tracks names?

The EP is the mark of a new direction into more stripped down dance music, which takes inspiration from the realms of Deep Techno and Minimal House (mainly from the regions of Romania). There is no reason for this apart from me following my internal shift from earlier interests into newer ones. I truly believe in not doing the same thing for too long. This is only because things start to stagnate fast for me and feeling saturated doesn’t do any one any good. Of course, it took time to develop these tracks since I had to unlearn old techniques and break earlier workflow patterns – only to make space for newer ideas.

The track names (except for Postlude), are all inspired by places of military significance. ‘Khyber’ is named after the Khyber Pass, which is situated in Pakistan today. It was an important trade route for Central and South Asia for many centuries and the Aryans were said to have come through this pass into India. ‘Basantar’ is named after the Battle of Basantar, fought as a part of the Indo-Pakistan War in 1971. My grandfather was a miner in this battle and was responsible for removing all landmines. He was martyred while doing so, allowing our tanks to pass through and claim back that territory. ‘Caspian Sea’ is named after our world’s largest
inland body of water – also marked to be the place where Alexander the Great once built the Caspian Gates, to keep out Barbarians from the North of his realm.
‘Postlude’ was named as such simply because it was a musical conclusion to this EP and also to a series of collaborations with Manjumasi label head Atish – most of which released on vinyl on his imprint earlier this year. 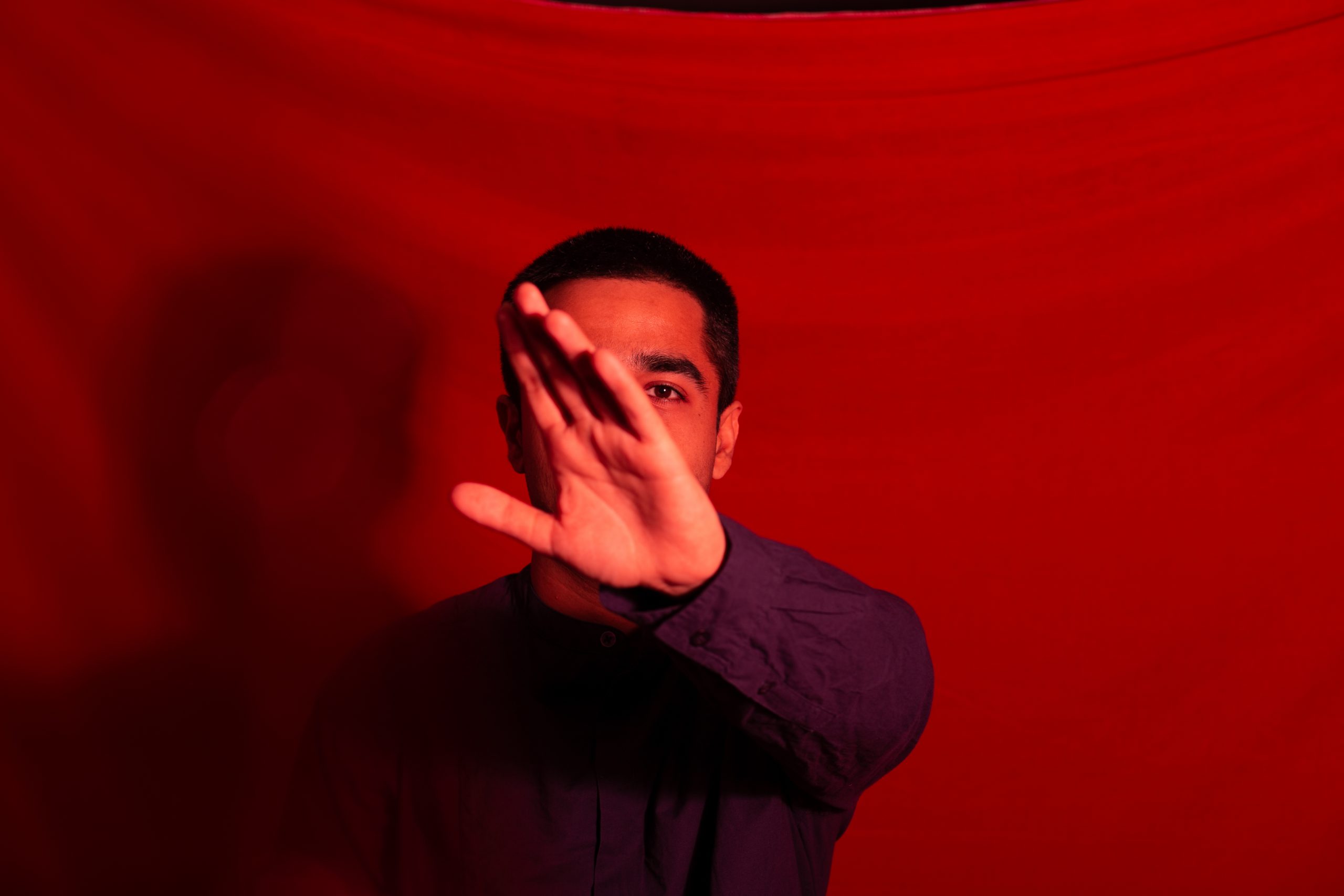 When in the studio, do you follow a certain routine or process? Or is each and every time different? What item of gear could you not live without?

The tools and plugins I may use are usually different – or if the same, I try to do different things with them each time. It’s usually very different – but what is common for me is to just jam for a while without the intention of really finishing a track. This way I can assess which ideas are strong and which just feel nice in the moment. The starting point for me varies too, sometimes its a lead, sometimes a pad, sometimes a motif or melody and rarely but also a groove. I don’t use grooves as starting points too much anymore as they take up a lot of space in the spectrum and I find myself being less creative with other aspects of composition.

At this point in time, I have just let go of my minilogue and moog grandmother – so clearly I have no such attachments. I am grateful enough to have Ableton wherever I go and I am hoping to expand my arsenal with some independently made synthesizers and a whole bunch of stuff from elektron. They are just the best.

Can you tell us a bit about anything you have coming up?

In terms of ALL original music, it’s back to the drawing board. There is however a remixed EP that will soon see the light of day on Manjumasi. Atish and I just released a 4 track record and he has brought some very exciting names on board for the reworks. More than this I can’t say just yet.

I also just launched a series of parties called ‘Don’t Feed The Animals’. It began as a three month residency at Summer House Cafe in Delhi and I am working on taking it across the country soon. It’s a play on our ego and how much we should not feed it – but we also took the chance to raise some funds for organizations such as Wildlife SOS (so we may feed the actual animals). I hope to also expand this into a little label – but that will take some more time.

Last of all, you are closing a sunrise set on the beach, beautiful pink skies, what track do you play and why?

For some reason, it would have to be the Audiojack remix of Through The Blinds by Not Just Me. Its starts like any dubby house tune with a sweet melodic motif that comes and goes, perfect for getting the emotional hormones going in the mind. As the break approaches they have used time stretch smartly and it then slams into this powerful groove with big big chords, which I feel could be a euphoric moment in a setting as lovely as you have described. Of course, there are so many others that would fit, but this came to mind immediately.