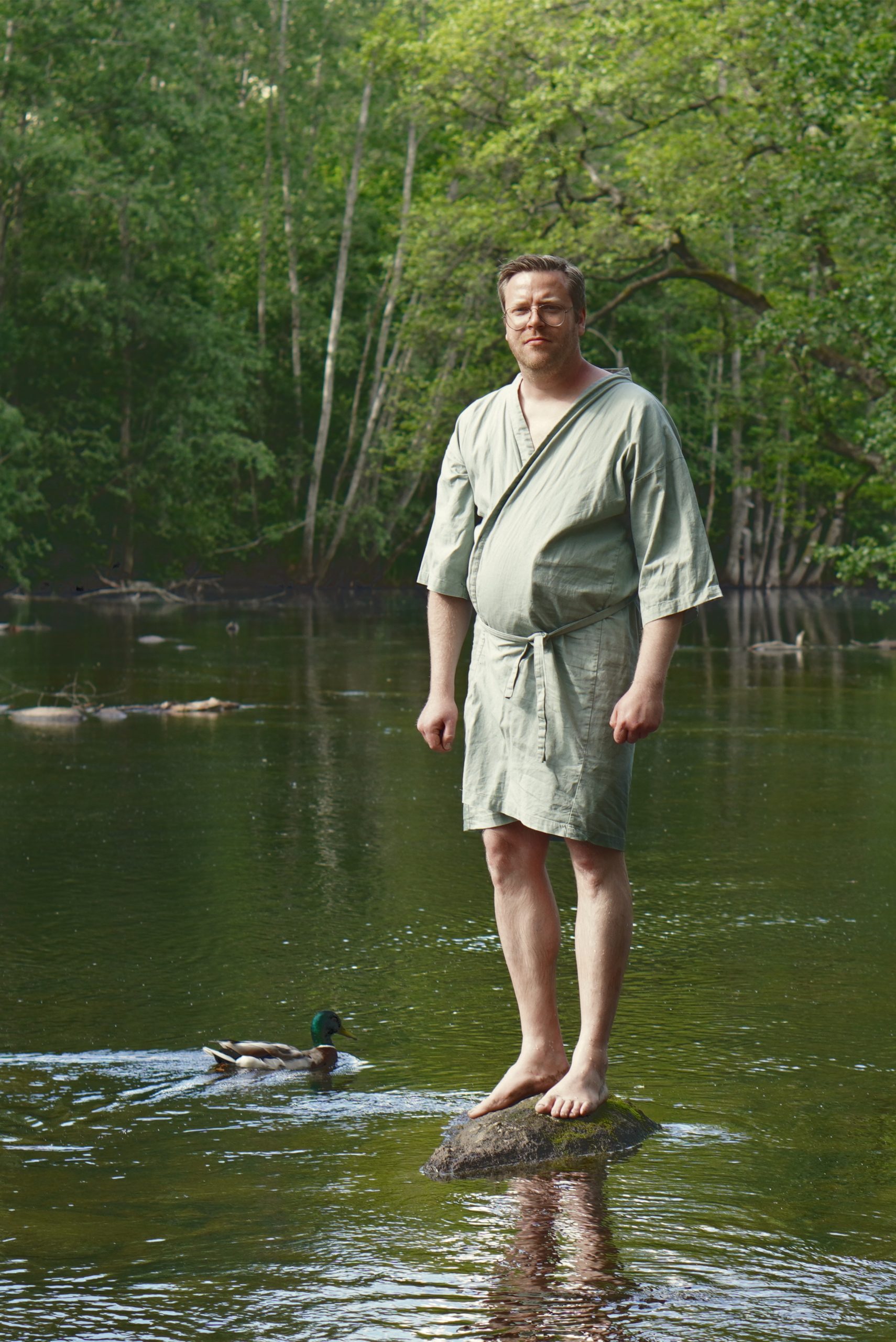 We caught up with Norwegian artist Boblebad to discuss his latest release, life in Oslo and how he goes about crafting his sound.

Hey, thank you for joining us today. Whereabouts are you chatting from?

Thank you! I’m chatting from Oslo, Norway. More accurately from a room in the school I’m attending these days near Majorstua.

It’s been a great year music-wise. I’ve had a few single-releases and dropped an album on Beatservice Records in May called ‘Rund i Kantene’. The track ‘Kald Fisk’ got included for a while on the ‘Keinemusik – The party Is Over’-playlist on Spotify, which I’m very happy with.

We understand you were born and raised in Oslo, what  was it like growing up there? You are a keen painter and visual artist as well as a producer, so I can imagine you were surrounded by creativity?

Actually I was born and raised right outside the Oslo-border, in a place called Bærum, on Stabekk. But it’s very close to Oslo, so it really doesn’t matter that much. To grow up in the suburbs was great, riding my bike to school every day (except in the winter) and playing football and other activities in the neighborhoods with friends. Also, getting to Oslo was just a short ride on the subway.

I was a creative child, but I always felt the surroundings (read: public schools) weren’t to open minded or happy about that. At 15 I found out I needed more balance between the dry theoretical subjects and more creative arts and craft so I  swapped from the public schooling to a Waldorf school, which somehow helped me thrive and develop as a creative person and get through school in a decent way.

Funny thing is, when one of my cousins got married some years ago, he threw a wedding party and wrote a booklet with a little bit of information about all the guests. When describing me, he wrote “Ulf has stolen all of the family’s creative genes”. Which is very true. Most of my family members are engineers, and so on.

We’re here to chat about your forthcoming release on badabing diskos titled ‘Dream On / Go To Sleep’. It’s a superb record, we must say. What was the inspiration behind it?

Thank you! The starter-track ‘Dream On’ was born in one of my creative frenzies. I focused on doing House-tracks with a bit disco-inspired vibe. Vinny Villbass and I mixed it down together at his studio, and it was very inspirational for developing my sound to suit the clubs and dancefloors better.
The other track called ‘Go To Sleep’ which I have described as a “reversed lullaby” was originally written as a loose translation of an actual lullaby I made (in Norwegian lyrics) for my oldest son when he was younger. The track starts out pretty calm, but get’s more and more intense, hence “reversed”. Suddenly I had a track which was in a more unique style than other stuff I’ve done. And Vinny Villbass has done a great, more club-friendly, remix which I personally think is so cool!

What brought you and the label together for this project?

I knew Håkon (Vinny Villbass), which is running the label, from playing in a marching band together as children, and our paths have crossed a bit in the later years since we’re both into electronic music. When he started up the label, I asked if he was up for listening to some demos, and the rest is history.

It depends a bit on the starting point. I can get pretty “finished” ideas and then work them out, or the other way around, trying out stuff which leads to something. Sometimes starting out with a simple beat, or with chords, rhythm, or a bass line, and then work it out. I try to play most of the parts myself on synths, keyboards, guitar and so on. Sometimes the track is almost done in a small amount of time, and sometimes I just make short sketches which I pick up at a later time to develop further.

Your productions are full of vibrant, groovy sounds. Do you have any go to pieces of equipment you use?

I’ve used Ableton Live for over ten years as a DAW, and I have some analogue synths (which I use from time to time), but mainly I use different VSTs, trying to tweak some nice sounds out of them. Ableton is also great for designing my own sounds, which I did more of back in the day with my older projects. Getting a bit tired of my drum sample-library these days I am thinking of getting my hands on a decent drum machine and explore that workflow a bit.

Have you got any dream collaborators you would like to work with?

I already have some actual dream collaborators in Sommerfeldt (badabing diskos, Paper Recordings) and From Beyond (Paper Recordings, Nein Records), which I share a studio space with. Our project is called ‘Cocktail Sports’ and is releasing later this year on Prins Thomas’ label Full Pupp. Also, Sommerfeldt and I have a project together called ‘Sommerbad’ which we currently release on our own label Saftig Records.

I’m up for collaborations with good people, and of course doing more remixing in the future!

Boblebad ‘Dream On / Go To Sleep’ is out now on badabing diskos. 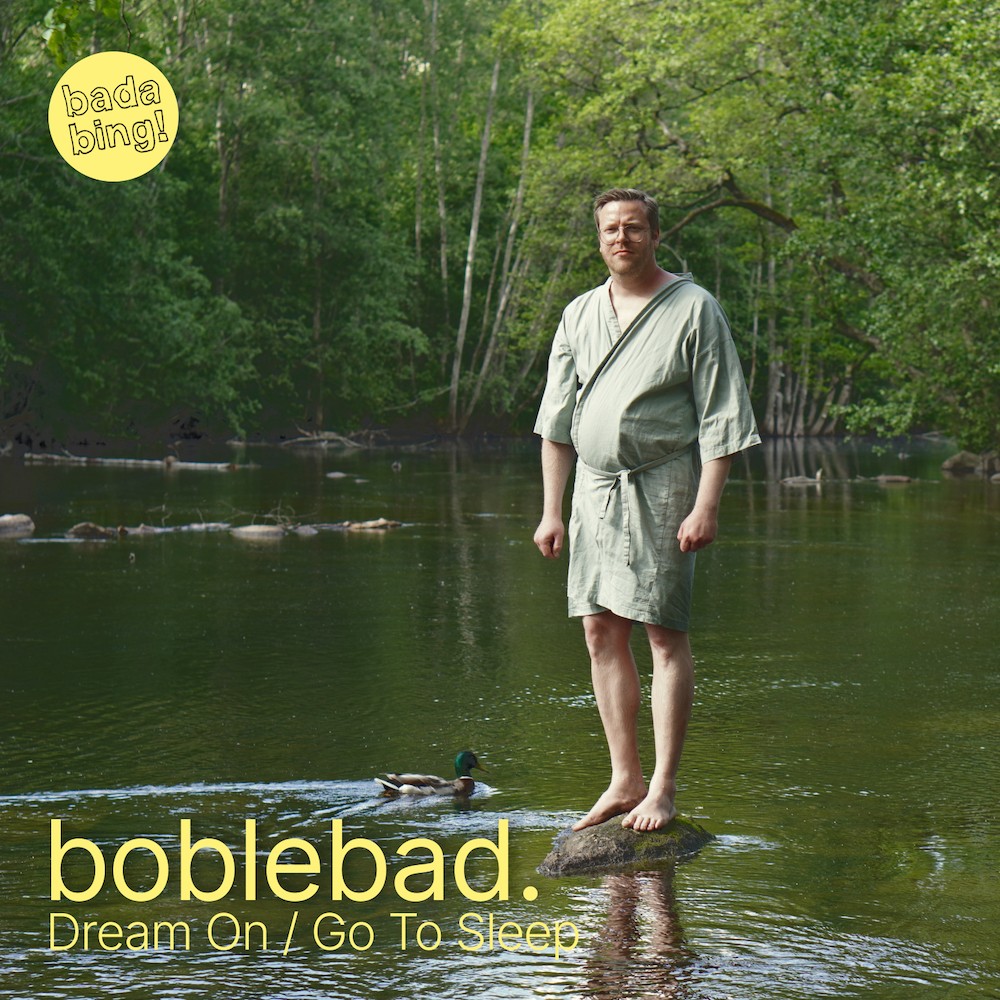