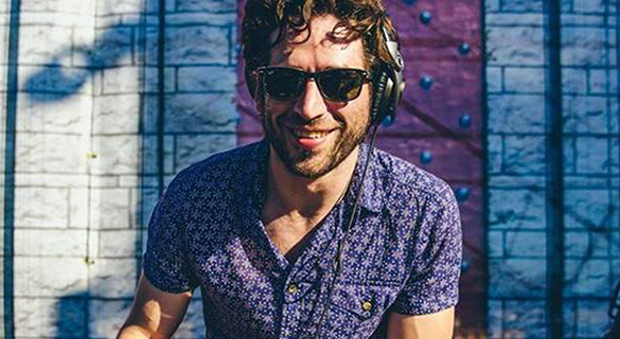 Houston-based event entrepreneur and local dj — James Reed — has been throwing dance parties and playing jams for a decade! At first glance, Houston may not stand out as a destination city for touring artists, but as the fourth most populated city in the U.S., the Texan metropolis sees its fair share of top talent regularly coming through town–and a scene flourishes. James Reed is a gutsy tycoon creating these noteworthy experiences for the fine people of Houston.

James, along with partner in crime and previous Hometown Hero Josh Dupont, throws a spectacular monthly boutique party named Kinda Super Disco. The brand has prospered the past three years–booking a slew of hot artists, including: Lee Burridge, Claptone, Edu Imbernon, Ian Pooley, Francesca Lombardo, Tone of Arc, and many more! Next super serving on the KSD plate is Moon Boots, returning to Houston for a second go at their spicy dance floor.

Aside from mixing tracks and producing parties, James Reed is an esteemed ballet dancer. He has honed this unique craft intently for 15+ years; serving in many ballet companies across the country. It’s apparent that rhythm is embedded deeply in James.

We’re thrilled to add James to the MI4L Roster of Heroes. Listen to James’ jams and read more about the man in the interview below.

How did you get into djing house music? Was there a specific moment where you thought to yourself, “Hey, I wanna do that,” or was it an evolution?
It was a former girlfriend of mine who dragged me from our own Halloween party to see her favorite act who happened to be in town, Mark Farina. I was very much in to hip hop at that moment and he kept dropping acapellas from The Roots, all night.  I was hooked.  Serendipitously a few months later I was playing in front of a much more established local DJ at the time, Josh Dupont (I was mixing mix cds to other tracks on mix cds….sigh) and he proposed that if I learn to mix on vinyl we could do a party together.  We have now been working together for over 10 years.

Tell us about Kinda Super Disco. How did it start? Who has been your favorite Kinda Super guest?
It was born during a time when we felt that house music production was particularly stale. It was about when the time when the term EDM was bandied around quite a bit. Josh had gotten back from Old Miami at Movement festival and really wanted to start bringing that low, slow, groovy, disco sound folks were playing. It was so refreshing and felt super relevant.  We were offered a venue to do events and the concept became extremely clear to us.  The events really took off and we were able to bring so much talent that Houston had never seen.  Now we are able to bring all sorts of producers, ranging in all sorts of genres. Though they always stick to our favorite genre of all, good music.

There is no way I could pick a favorite KSG. We have had over 50 guests over the past 3 years and all of them just spectacular. As saccharine as this might sound, I am amazed by how many friends and colleagues we have made on this endeavor.  I will say two very proud moments were when we were able to bring my early DJ heroes, Ian Pooley and Lee Burridge.

Can you tell us about the ballet tidbit of the James Reed story? What has been your most memorable moment in the ballet?
Well, Ballet has always been my first love. I have been a professional dancer for over 15 years, having performed with San Francisco Ballet, Boston Ballet, Pacific Northwest Ballet and Houston Ballet.  Dancing has allowed me to travel all over the world, has kept me healthy and brought all sorts of amazing people into my life. The range of music we listen to and are exposed to, is incredible.  A extremely memorable moment was when the acclaimed Lang Lang commissioned Houston Ballet to perform a piece to Chopin that he would perform on stage at the famed Champs Des Elysees. That was pretty darn fantastic!

What’s on the horizon for you that you’re especially excited about?
Right now we are working on starting a small electronic festival here in Houston.  It can be a risky endeavor but we feel Houston is ready for it and deserves it.

What’s one track in your crate people go nuts over when you play it out?
Hmmmm….  Party track I would say Digitaria ft Clarian – Favourite Addiction (Groove Armada Remix).

Dream gig…
Earthrise set on Mars.  That would be totally epic in the actual sense of the word.