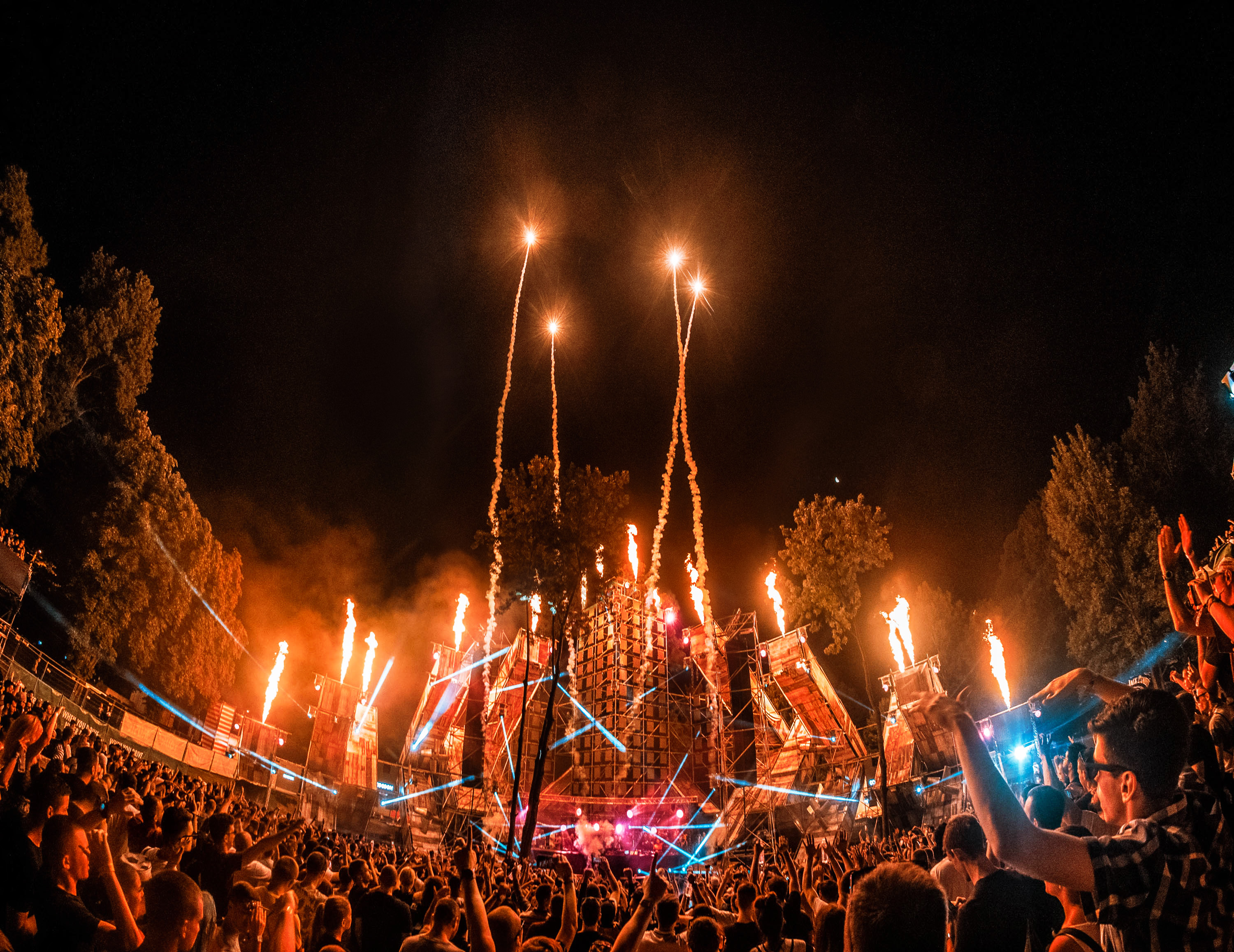 Lovefest is a real cult favourite in Eastern Europe and it is now getting a reputation around the world for its first class underground line-up and brings plenty of the most innovative DJs in the world to the region. It all goes down in a small, beautiful Serbian town in a lush green park, right by the city’s famous lake. A centre point of the action is always a huge city swimming pool that hosts up to 10,000 people and is a venue for daily parties, while the huge production and extra entertainments, food and bars all make this a wonderful adult playground.

There are five stages in all, with each one having its own specific focus and a carefully curated line-up that really makes for a special experience. Special lighting adds a unique mood to the stages—which are giant structures that tower over you as fire jets and Co2 cannons episode next to them—and the all important sound systems are always one of the most famous guests.

The biggest stage is the Fire Stage and it has its own scenography and special concept designs which change each year. The second biggest stage is the Energy Stage which has its own day schedule for the first time in 2019 and hosts sets from vinyl DJs for lovers of real avant guard sounds, while the festival also boasts the smallest stage in the world: the 99 Stage which can host only 99 people at one time, so makes for exclusive party atmospheres in an up close and personal setting.

Once again this year, Lovefest will host the best DJs in the world from techno legends with more than 30 years experience to new and sought-after names in the world of electronic music. The first day of the festival sees legend Richie Hawtin open the famous Fire Stage, and Enrico Sanguliano and Rødhåd will perform the same day and after four years, Dutch star Joris Voorn will also make a big return to Lovefest.

Friday at Lovefest brings some of the longest awaited names in Serbia: Jamie Jones and the most wanted DJ duo in the world, The Martinez Brothers. Guy Gerber will perform the same evening, and Nick Curly comes to Vrnjacka Banja for the second time. The last night at the Fire Stage can be freely called the Gala Closing Ceremony, because the stars of the evening will be Marco Carola and Joseph Capriati, and they will be joined by a trio of ItaloJohnson and Tini Gessler.

Seth Troxler, who had an unforgettable performance last year at the Fire Stage, will open the Energy Stage this year with a special set. As always, for fans of underground and vinyl music, this stage will present performers who are currently heating up clubs like Berlin’s Berghain, among which are Objekt, Ben UFO, Boo Williams, Sassy J, Jane Fitz, XDB, K-Hand, Jonny Rock and many others, including the legendary Joe Claussell who returns to the Energy Stage once more.

Watch the aftermovie for Lovefest 2018 below and get ready for the weekend of your life.