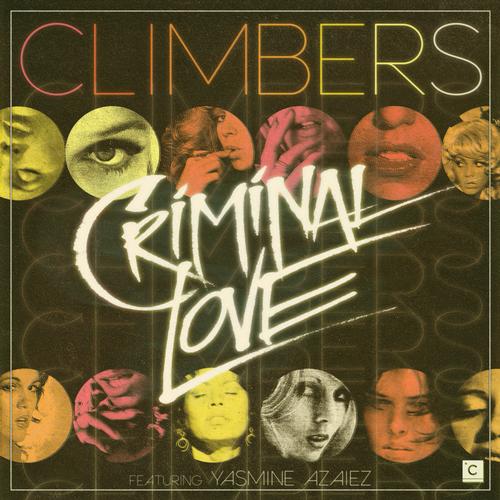 ‘Criminal Love’ is the welcome return of Culprit’s biggest young discoveries of 2012, Climbers, to the label. It’s their third Culprit release and yet another single aimed to sweep this summer season’s best daytime parties, in the wake of success of last year’s ‘2 Come Back’.  Featuring vocals by the New York-based Tunisian vocalist Yasmine Azaiez and stellar remixes by Footprintz front man and Visionquest artist Clarian, as well as from LA-based Steve Huerta partnering Prince Club.

Having started the year with a 5 stop European talent tour, Culprit turns to its attention to its home base focusing on returning releases from a small group of its core players and contributions from fresh North American talent. This is a second installment of this new cohesive new series of releases, following M A N I K’s & Burnski’s ‘YJG’.  ‘Criminal Love’ is a creative step forward for Climbers exploring their full songwriting intentions with another memorable vocal from Yasmine Azaiez, who surely is going to be their long term contributor.

Clarian North of Footprintz, became part of the Culprit clan after an invitation to join Guy Gerber at one the famed Culprit Sessions rooftop parties last year turned into a 3 month creative sojourn. This impromptu stay in Los Angeles yielded Clarian’s acclaimed debut solo EP for Visionquest and strong bond with the Culprit family. His remix is a musical statement of affection for Los Angeles, some of its themes echoing Clarian’s collaboration with Gerber, ‘Claire’ that was created in the Hollywood Hills.

LA’s own Steve Huerta has had a breakthrough year with his young cohorts Urulu and Prince Club. Part of the exciting new wave of American producers coming up, Steve is the talent to watch. With London based Prince Club, they create a smooth rework of ‘Criminal Love’ that’s at once deep and dance floor ready.