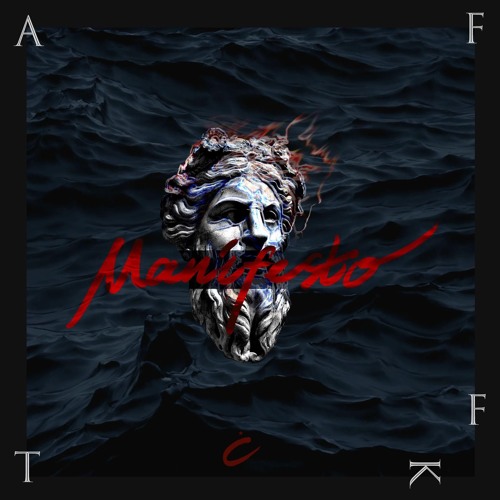 Culprit’s Spanish producer contingent grows one stronger with the addition of AFFKT to the LA imprint’s family. Marc Martinez Nadal, aka AFFKT, joins a handful of I artists – Edu Imbernon, Uner, Henry Saiz, Pablo Bolivar and El_Txef A – who have contributed to Culprit’s identity over the years. The label is fast becoming home away from home for Iberian artists. AFFKT fits into this tradition of superbly produced melodic house with his “Manifesto.”

Hailing from the Spanish mainland is a sound that’s resonating globally thanks to a choice select of tastemakers that are driving through the boundaries set out by their mediums. A notable character from that sub-culture of game-changers is Marc Martinez Nadal, aka AFFKT, who has been a driving force behind a colorful & empowering sound that is refined by his drive for perfection. Having worked on coining the sound of this alias since 2008, it has been a plethora of sound, place, person & culture that has provided a platform for AFFKT to experiment with his output.

We had a chat with AFFKT about his newest release, and what’s going on in his world. Check it out below.

Manifesto EP is out now via Culprit.

Hi AFFKT, great to have the chance to chat with you today. Congrats on the new Culprit release, how did you go about getting this one signed with the American label?

My pleasure! I know Andrei the label manager of Culprit for some years already so I kept him updated of my works for a long time until we finally got the EP ready. This is a slow-cooked release! Even when the tracks were already confirmed long time ago I worked further and further till I felt I had made my best not just in the production but also with the mixes.

I have been a big fan of Culprit since the beginning so I am really excited for this release.

Gurungudulo – where is this title from and what does it mean?

Hehe, I am really glad you ask me for this because it’s a really special name for me. It doesn’t have any real meaning; it’s just how my mother used to call me when I was a little child in a loving way.

‘Gurungudulo’ transmits me love and good vibes so the tittle suddenly came to my mind.

Back in 2016 you recorded a mix for us, how do you feel that you sound has changed since then?

My sound not just since 2016 also from the beginning has been changing and developing in many different directions. I am focussed on doing music that inspires me over styles. Listening to this new release for Culprit you can realize it is a big and colourful shake of influences.

You have recently started performing live, can you talk us through your set up?

I have been performing Live for many years, the first gigs of AFFKT were just live sets because at that point I was also performing Dj sets with my Drum & Bass project so I decided to start just doing lives.
But this new Live set is a totally different thing from the early ones of my career, now I work with my singer and good friend Sutja. My set up is totally inspired by how I create music in the studio, I use a combination of different synths, keys and pedals fx, Ableton Live and few controllers, also Sutja besides singing is also playing drums and adding few synths in some tracks.

What made you want to bring in the live element?

I personally feel my sound is really influenced by indie music, so I guess I wanted to perform my music in a way a band does, and enjoy having that feeling that, without any doubt, has been always the main motivation. Playing with other people live is such a nice feeling because everything is not depending just on you; there is a communication without words. My future plans are making the band grow, step by step.

What do you feel it adds to seeing you in a club?

In a club I tell a story with other artists’ music and also sometimes with some of my tracks to create my own story. Performing live is a trip into my own musical world were I bring my songs into a new different level.

Do you think it has helped when it comes to studio time?

Yes, it changed me a lot. Now when I am working in the studio one important thing I need to have on mind, is if I want to perform the track live. If that’s the case, the way I am going to build and arrange the track is different. For example now we play 3 songs that are not totally finished, they are naturally growing after the rehearsals and hopefully one day I will feel they are ready to be released or perhaps not. But I also produce a lot of tracks I do not want to play live and I just want to play like a DJ so I like to combine everything, have a wide spectrum of ways to choose when I produce.

Will you be performing live at the Sincopat showcases this year? How many dates are lined up for that so far?

I think the live set is mainly thought for a stage of festivals so it’s not so easy to make the set up work on every club. We have some showcases and our residency in our hometown coming up next months but I will not be performing live there.

We have some festivals lined up for spring and summer and I am sure much more will come once more people gets to know our live.

You have also turned to teaching as well, can you tell us a bit more about that. Where can we go to check out further information on that?

Yes, I have been doing few master classes along the years mainly about mixing techniques but last week in fact I did one also about production.

I enjoy a lot doing it and it is inspiring to disconnect from your normal routine sometimes but it’s not easy to find time to do it being involved in all my professional projects like Sincopat, Pobla and my music so at least for now I will be doing it just once or twice a year.

My favourite tune of this year so far is ‘Martin Buttrich – Northeast’, will be without any doubt a timeless anthem.