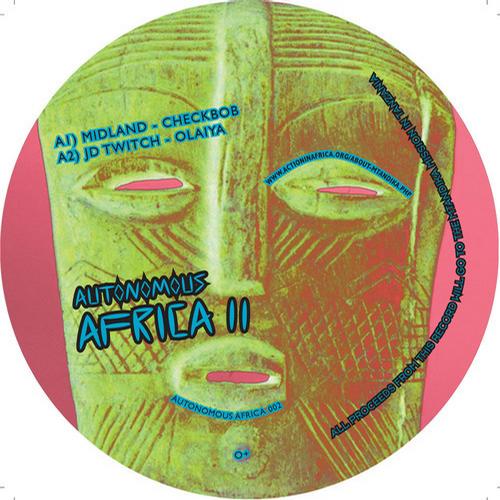 When I hear tribal infused electronic production it rattles my bones, shakes my hips and heats up the dancefloor like nobody’s business. Autonomous Africa brings in some heavy hitters for their second volume, as Midland, JD Twitch and Auntie Flo deliver energetic, percussively strong tracks that showcase a level of authenticity with a perfectly primitive edge.  Only releasing one EP per year, all proceeds will be donated to the Mtandika Mission in Tanzania which will provide funding for Sister Barberina Mhagala’s integrative Trade School project as well as sponsorship for children in Mtandika who cannot afford eduction fees.

“Many of the problems Africa faces are a result of outside interference by other countries, and as the 21st century progresses we will see the continued pillage of African resources to feed the global capitalist machine on an unprecedented scale. Corrupt and greedy regimes gladly sell their land and mineral wealth to finance their own extravagant lifestyles while the vast majority of ordinary people see little or no improvement in their own lives. An autonomous Africa run by the people for the people, where African land is predominantly used to feed African people and Africa’s vast wealth of resources is used to benefit the people of Africa seems the only logical way forward. Autonomous Africa’s goal is to highlight this message and here presents to you 4 tracks of African inspired grooves.

We fully realise a small run, independently released 12″ is going to make very little difference to the world, but doing something has to be better than doing nothing. The idea of an autonomous Africa may be naive and unrealistic, but at some point the world we live in will have to change or future generations are going to be left with very little as we consume way more than our fair share. We have collectively buried our heads in the sand thinking we are powerless to engender change. Individually we have little power but collectively, the power is ours.”

Give it a listen, heal the world, dance all night and remember – music is power.