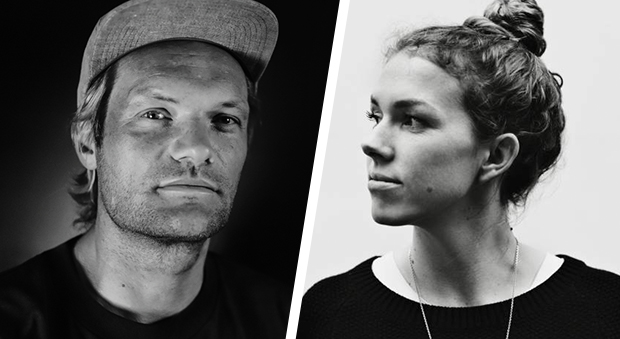 Meggy and Till Von Sein – a coalition, which has already appeared a few times as a powerful task force committed to pushing today’s House music forwards. But now, with their latest joint EP, this team-up’s sonic language has reached a new level of seemingly effortless ease in pursuing this endeavour.

The title track is an excellent example of this development. “Haza” builds on a beat, which gives the impression of having been assembled with velvet gloves on. The cool spirit of electro hisses through the treble while heavy, droning spaces ooze from the low end. Meggy breathes some ad-libs though the air waves, whose intonation hints at the origin of the title. Ofra, are you there…?

“Ricky On Charlie” adds some more weight to the beat. Snares and claps wrestle stoically for supremacy with old-school house chords, sometimes in the background and sometimes at the forefront of a no-frills method of groove, which commits itself entirely to the essentials.

This direct approach is continued in the final track “Drei”, which might be attributed with a certain trademark character – with small swing concessions and warming harmonies. The diversely filtered synth basses, which wind their way through the final third of the track, definitively underline the overall impression of the sound of this collaborative studio episode, which was put together with supreme coolness.