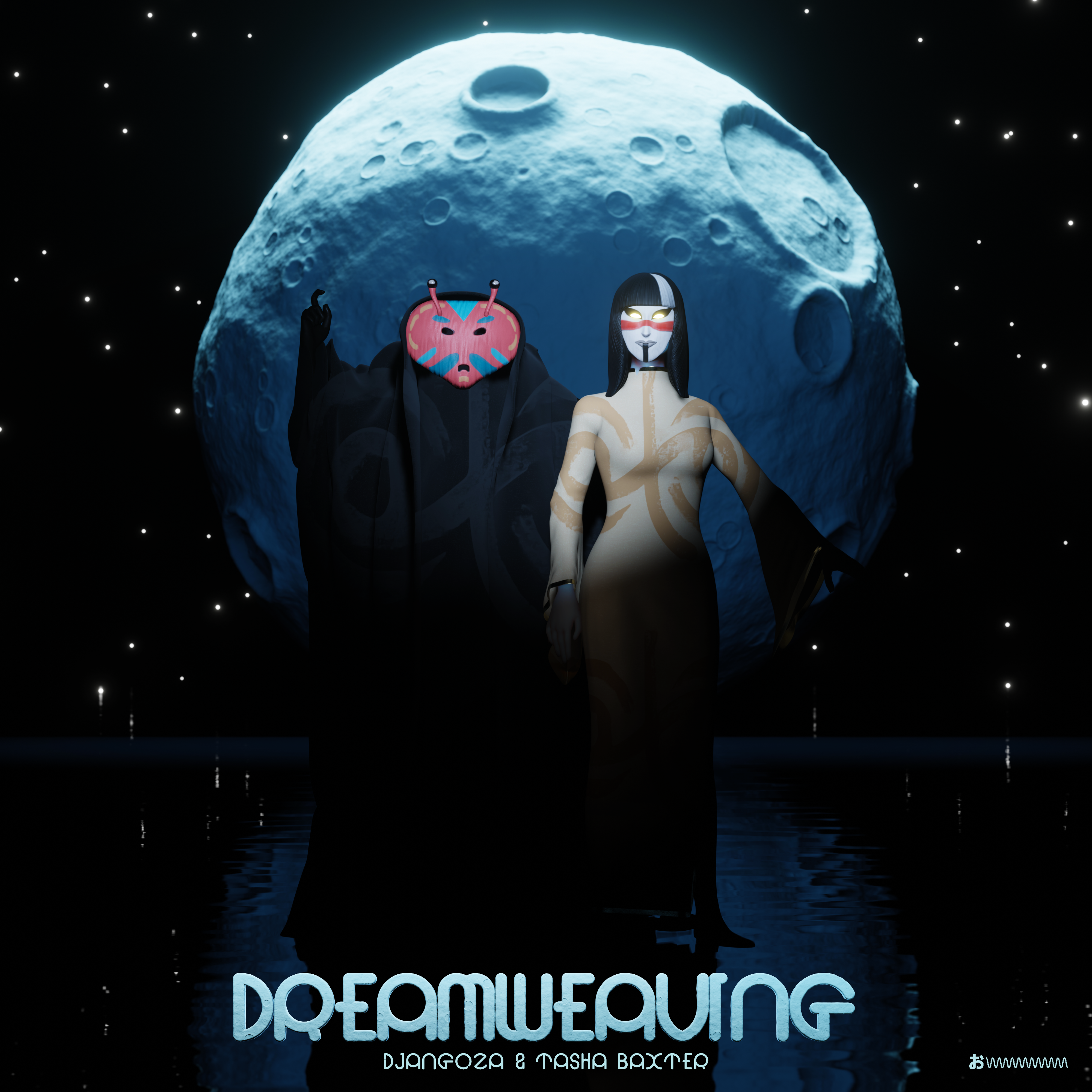 TASHA BAXTER UNITES WITH NEW TALENT, DJANGOZA FOR ‘DREAMWEAVING’ AHEAD OF LP RELEASE

Following on from the release of Home with OMSTRB last week, Tasha Baxter returns with Dreamingweaving alongside DjangoZa – the second single taken from her pending collab album Full Moon Flex LP.

Singer-songwriter Tasha Baxter exploded into the scene back in 2002 with the release of UK Top 40 single, In The Beginning with Ferry Corsten. Since then, she’s collabed with Noisia on EMI, Au5 on Monstercat, and written songs for Lil Wayne, Moore Kismet’s debut album and more. Yet despite her accolades being endless, Tasha’s spiritual values are what she is most proud of following an around-the-moon hiatus imposed by life itself.

Set for release during November’s full moon (19th November), the Full Moon Flex LP is Tasha’s pending album which came as a result of disconnection and isolation during the pandemic. Speaking about this she explained:

“The last year has been tough on us all, so I used my Discord community and Twitch channel to connect with musicians more than I ever had. What came from feedback on my streams and flip challenges, was that we needed something to survive the lockdown. So, we gathered under the full moon once a month to create a photosonic time-capsule, where everyone shared a common desire to create songs of adventure, triumph, and struggle. This became Full Moon Flex.”

Having already put the first single and bass-driven collaboration with OMSTRB into the world with the release of Home last week, today Tasha drops a more pop infused number with the help of DjangoZa.

As with all the artists that feature on the album, DjangoZa is an aspiring musician who connected with Tasha on Twitch/Discord. Similarly to her, he comes from Cape Town and has been bubbling in the circuit over there for the last 15 years. His talents have taken him to play at Vortex, Origin and Freaky Forest, where he’s joined Ward 10 & The Outpatients and Pravda playing everything from keys to drums.

“Dreamweaving was created on the 5th and final Flex stream. The vibe was infectious, breakbeat meets pop, totally up my alley and super Roisin Murphy sounding. Everyone on stream loved it from the first 5 seconds and I immediately got a hook to it, which was the “Ah ah ah ah ah” part, it just stuck. The chorus “I’m stuck in a dream, somewhere in between, swallowed underneath, reach out pull me up” was inspired by our situation, like being in stasis, a dream state, wake me from this nightmare, type beat.
Despite being from the same city, Cape Town, we met through Twitch and I’m so happy to have found such a talent and a stand up dude, Django must not be slept on, his production streams are super informative too!” said Tasha.

Featuring hypnotic vocal chops from Tasha, as well as playful synth patterns and glitchy key structures, Dreamweaving is a groove-laden heater destined to be boomed on dancefloors this weekend (and more). Make sure to watch out for their further collabs on the album.