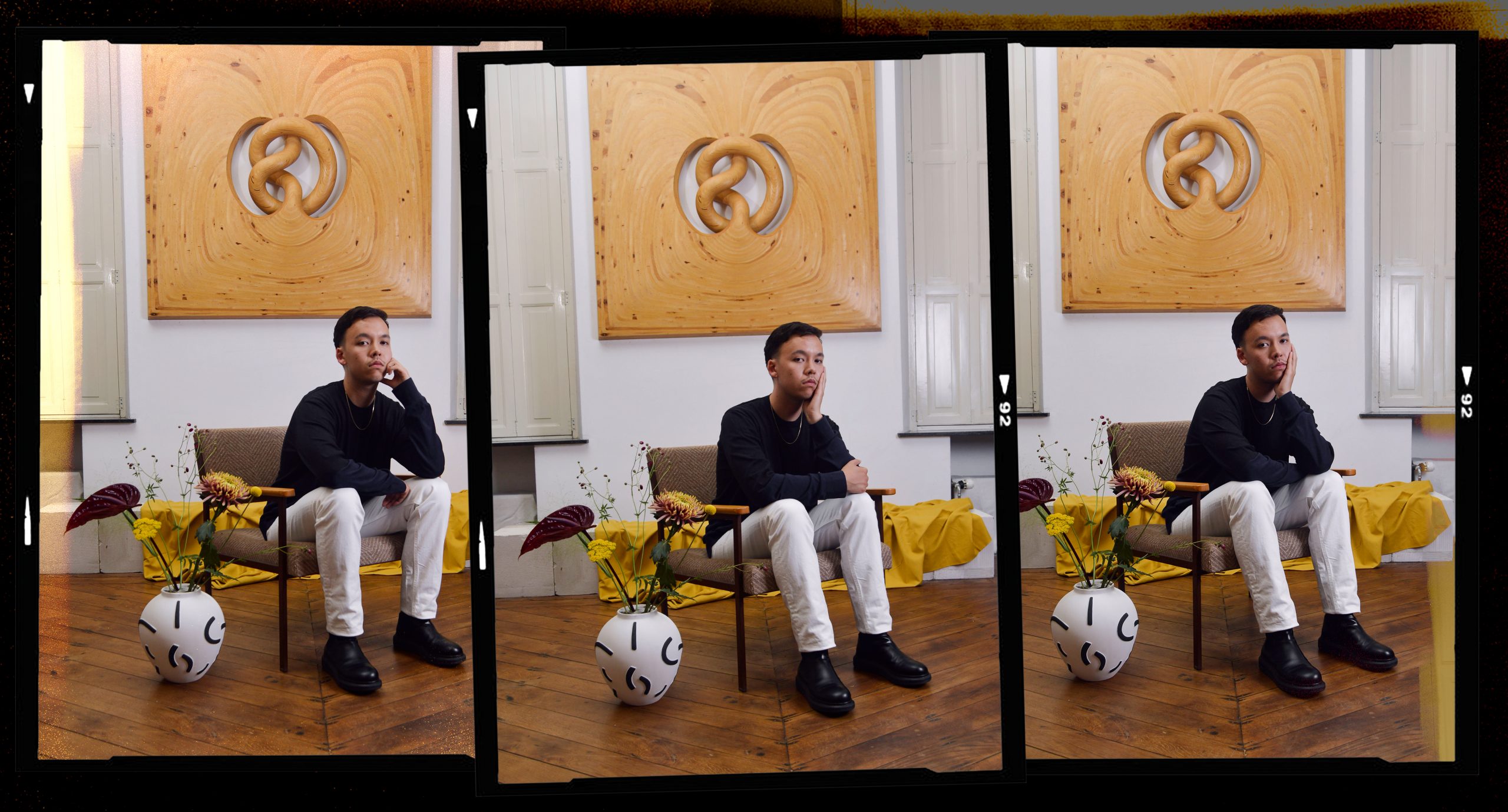 Debuting on Fluid Funk with a lush and lax voyage dreamy coastal scapes, Dutch artist with Japanese / American heritage Uzu Moon dishes out feel-good, Cali-funk-informed vibes by the dozen over the course of four delectably smooth tracks, infused with elements of LA beat, soulful house and post-balearic elevation – including a rework from Cody Currie.

A bespoke late-summer joint to bump out loud in your open-top, “Asa” gets the ball rolling slo-mo style, brittle piano stabs chiming alongside mangled rap samples, playful acid spurts and a languid jazzy shuffle to drive it all. Funky synth hooks blazing, “Sunder, Love” lets off washed-out RnB vibrations over beds of 303-emulating squelch, topped off with a guitar solo a la Santana like you’re chilling out in Venice Beach.

“When I Get Home, I’ll Know It’s Over” then heads for the opposite side of the Pacific with its koto-esque resonances, soft tapping drums and rugged acid loops weaving a melancholia-laced, loungey narrative for the dance floor and not. “Sunder, Love” as reshaped by Shall Not Fade affiliate Cody Currie revs things up two notches further, turning the original into a doped-up chugger, primed for sustained hustlin’ n bustlin’ in the ballroom with its convulsive congas and vaporous melody fluttering like a groovy butterfly. 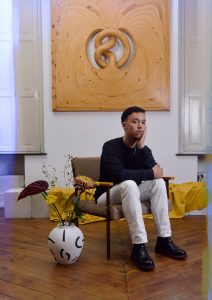 Hey world, my name is Uzu Moon and I’m a Dutch/Japanese American composer and DJ.

Tell us where you’re from and where you are right now?

I was born and raised in a tiny remote village in the South of The Netherlands, but I’ve been living and working in Amsterdam for a couple of years now.

How is the music scene in your city? Are parties and bars open?

Amsterdam has a very rich and vibrant music scene, pretty much every genre of music is represented. There’s an interesting dance/electronica scene here and the clubs, labels and DJs are very pioneering. For an international hub, Amsterdam is still pretty small and compact, so it is easy to connect with like-minded individuals and cross-pollinate. As far as the current club scene goes: We’ve just gone back into a ‘soft’ lockdown, which means that the bars and clubs are now obliged to close at 20:00. Before those restrictions you could party until 00:00, but honestly the club experience hasn’t been the same since the start of the pandemic last year.

What is your background in music? How did this passion begin?

I was always fascinated by music at a young age, but it never occurred to me to actually try creating it until I was probably 13. My parents aren’t musicians, but they are avid music enthusiasts, so they introduced me to an array of different artists at a very young age (anything from soul and jazz to punk and hip-hop). After toying around with some music software on my computer I begged my parents for an MPC1000, which they eventually bought for me. That really kick-started everything. J Dilla was the first artist that I maniacally obsessed over and was pretty much directly responsible for my ambition to create music. I used to search for old jazz and soul songs that he’d sampled and re-create his tracks in my MPC, which taught me how to chop and manipulate sounds. I’d also dig through my parents’ vinyl collection for hours to find little jazzy samples to loop endlessly. During those sessions I trained my ear and developed a certain taste for sound that I still implement in my music to this day. Around the same time, I started playing drums, which I was teaching myself through YouTube tutorials. Eventually I decided to also learn a melodic and harmonic instrument, because I wanted to learn how to actually play the songs, I was sampling. That led me to exploring piano at 15 and later guitar around 17/18. Recording and producing music was always synonymous with learning how to play music. I never had an ‘official’ music class, but rather taught myself everything I needed to know about production, harmony and song writing through the help of apps or YouTube videos. I spent most of my teenage days locked up in my room by myself creating music, something my parents still joke about to this day.

I don’t really have a ritual that I follow when I’m creating music, because I never know how and when inspiration will hit me. Creativity is very fluid for me, so I usually just compose whenever I feel the vibe is there. I just try to follow what the chords, melody or groove are giving me at the moment and stop whenever I feel like I’m forcing a certain idea. I’m constantly recording sketches for tracks, either in Ableton or on my phone (e.g., I have over 600 voice recordings on my phone right now with random melodies and chord progressions). Whenever I start a new project, I’ll revisit those sketches and flesh out whatever feels best. Making music is always a very intuitive process for me, because that’s really the only way I know how to compose.

Who are the artists & producers that have inspired your style and sound over time?

J Dilla was definitely the most influential artist when I started making beats. There was just something about the warmth and soulfulness of his music that really resonated with me. Madlib was a huge influence as well. His experimental approach to hip-hop widened my interest for using cross-over elements in my tracks. To this day, there’s still a lot of those two in my music – even though I’ve deviated from that style of production. Furthermore, there’s a bunch of artists that influenced my approach to playing certain instruments: Bill Evans and Ahmad Jamal for piano, Jimi Hendrix for guitar. Other important influences would be Sly Stone, Stevie, Pharrell, Burial, Toro y Moi, Four Tet, Floating Points. Too many to name. When I moved to Amsterdam, I became very interested in the local underground dance scene and started to blend elements of house, downtempo and techno into my music.

I read that each project you create signifies a new beginning. Was it the pandemic that prompted this release for you?

The release wasn’t directly inspired by the pandemic, but rather by some personal experiences that happened just before it. However, the lockdown did offer a significant change of pace in my life which led to an environment in which I had the time and space to discover what I wanted to say with this release.

It’s a completely beautiful title, before we even talk about the music. What is your meaning in the title?

‘Paradise, Forever’ was very strongly inspired by some personal experiences of transformation and acceptance. Throughout all of the tracks there’s a certain melancholic longing for the past, but also a push for something new. Emotionally as well as musically. Basically, the title poetically refers to these themes and this desire for a moment, a place or a person that has been left behind in time.

What artists would you liken this EP to?

‘Paradise, Forever’ is for people to either dream or dance to. With these tracks I wanted to capture a multitude of emotions and leave the interpretation up to the listener. So, I’d say there are elements in these tracks that will resonate with lovers of house, Japanese ambient, city-pop, acid, (fusion) jazz, hip-hop/R&B & electronica.

You talk of the tracks forming a story line. Tell us a little more about that narrative.

I enjoy creating projects with just three tracks, because they offer a nice little ‘beginning, middle and end’ structure. I tried to subtly weave my process of transformation and acceptance into these tracks. Without overexplaining the release here, there are some subtle moments where this is noticeable, e.g., the chord progression during the outro of ‘Asa’ modulates into the first chords of ‘Sunder, Love’). Also, the titles of the EP are linked to this narrative.

The tracks on this EP feeling incredibly emotional. Each one building in tension. Track ‘When I get Home, I’ll Know it’s Over’ actually fills me with sadness. Does this track come from a sad place?

The title refers to a break-up I went through, and the basis of the track was inspired by that event and feeling. Like all of the tracks on ‘Paradise, Forever’ there are moments of sadness, but also shimmers of hope and optimism. I never aim to make a very clear statement with my music, but I rather enjoy creating an ambiguous experience that people can give their own interpretation to.

Sunder, Love in particular pulls at the heart strings. What is the story on this track?

‘Sunder, Love’ was also the first track I made for this EP and very much dictated the sound for the release. The original ‘Sunder, Love’ was actually lost in a hard drive crash but luckily, I was able to retrieve a very primitive version of it on my iCloud. Funny enough, the only elements from that version that made it onto the final track are the drums. I ended up changing the entire chord progression and the lead melody. Around the time that I was working on this track I was listening to a lot of Japanese ambient and jazz (artists like Hiroshi Satoh). I wanted to blend that nocturnal, 80’s vibe with different elements of acid, R&B and funk. The licks in the opening bassline were very much inspired by a certain Stevie Wonder track. The bridge on this track is probably one of my favorite bridges I’ve written and it’s the only track on this EP that I played a guitar solo on.

Cody Currie is a very cool remixer. Was this your choice or that label? Are you a fan of Cody’s work?

To be honest I wasn’t familiar with Cody’s work until Fluid Funk shared some of his music with me when we were in the process of finding a remixer, but I was into his tracks right away. He’s very musical and has a great sense of groove. I enjoy his approach to music. We briefly met at ADE this year and talked about our mutual love for Stevie’s chord progressions.

When you are working on a piece of music, how do you know when its complete? How do you when to stop working on it?

It is always tough to gauge when a song is done, but I’ve learned to let go at a certain point. I try to start out with setting up the overall arrangement and structure of the song first, before spending time fine tuning the embellishments and mix. I think it is smart to always prioritize which elements in the track are most pivotal and work around those. Never clutter your track but always stay functional to it.

When you are not making music, what do you do with your time?

I actually work in the music industry as a music supervisor, so 80% of my time is linked to music in some sort of way. Whenever I’m not working, I like to escape Amsterdam and go to remote places to find stillness. If I’m not taking walks in nature, I’ll be either reading or watching movies.

In your press release you mention “Uzu Moon is his way of dealing with life, music made from emotions. For the sake of his own sanity and for whomever feels like tuning in…” I guess music can be a cathartic experience. What plans do you have for other releases?

I’m currently working on a short film for Uzu Moon, which I co-wrote, and will feature new music. I’m also scoring some music for a documentary and working towards setting up the concept for the next EP. 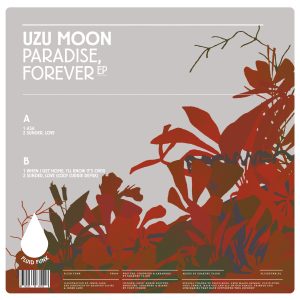