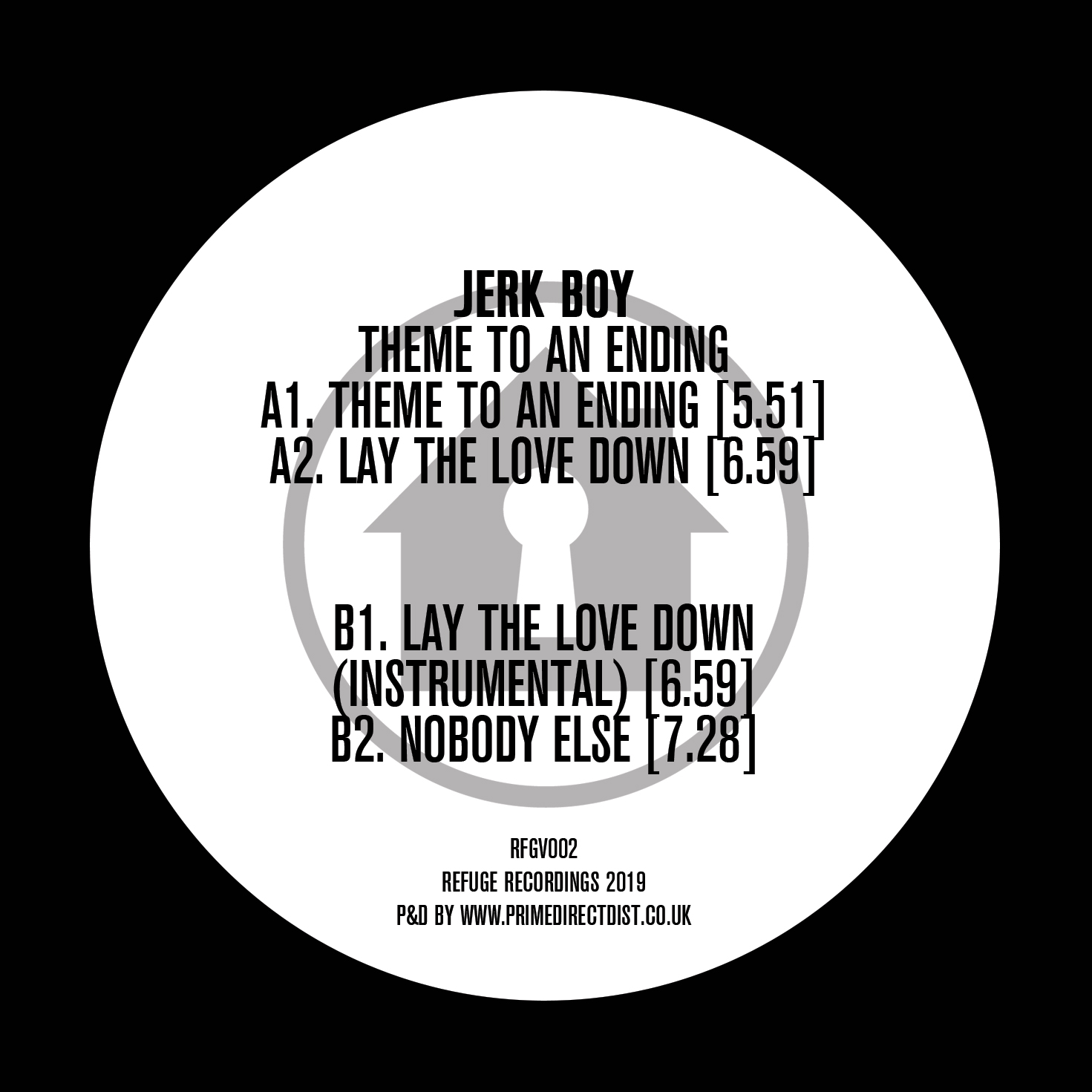 The EP is limited to 300 copies, and is set to be a hit among record collectors, and house music lovers.

We had a quick chat with Jerk Boy ahead of his release. Check it out below!

Theme To An Ending EP is available on March 22nd, via Refuge Recordings.

Where are currently based?

Hmm ok, I’m going to try and be as optimistic as possible right now –  for those out there that don’t know Sydney has had ‘lock out laws’ introduced over the last few years by our state government which has unfortunately led to the closure of many amazing nightspots and pretty significant restrictions on trade for the ones that are still open.

An epic night out in Sydney though can still happen, there are great parties on every weekend and lots of spots are still thriving. Unfortunately with the lockout laws its hard to make it out to multiple venues in one night because you can’t get in anywhere after 130am, but I do try my best to get around when I can. Places like Goodbar, Club 77 and Chinese Laundry are always hosting great acts. I have a real soft spot for a venue called Tokyo Sing Song which is a great basement club, luckily it’s situated out of the lock out zone in Newtown and you can get in after 130am. Tokyo host’s loads of great monthly parties that happen down there like Heavenly and a night I run for a Melbourne based label called clipp.art called “Sounds like a Good Time” – we’ve had great acts play like Gerd Janson, Black Loops, DJ Boring, Coeo, Demuja, Laurence Guy, Hidden Spheres and many more. The sound system is amazing! it’s the same Pioneer system that is in room 2 at Fabric London and it’s pure magic to play on one or dance away in front of one 🙂 I try and get down there as much as I can.

Where did the moniker “Jerk Boy” come from?

I’ve been told I used to be a bit of an asshole back in the day, but i’m much nicer now so when I decided to be nice I thought I’d throw some homage back to my nasty roots. Also Jackmaster was already taken twice…

TBH it was just a name I thought of. I consider myself to be really nice and caring 🙂 well my wife and mum say so, but you never know some people may have think differently.

What was the inspiration and creative process behind “Theme To An Ending” EP?

I’ve been going back to loads of hooks and old records I grew up with. They were either tracks sampled by my favourite hiphop/dance producers or things I discovered on my never ending vinyl digging quest. I really enjoy playing original material when I can but i’m a sucker for hooks, harmonies and drum machines and if I can find that sweet spot or I know of a sweet spot that’s been used and I can some how interpret it in my own way to work with what I would play in a house club set I just go for it. I sent a bunch of tracks to Oscar at Refuge and we went back and forth to work out a good little package that has a bit of everything. I thought about what I would play in 2-3 hour set, I love to start slower around 100 – 105 BPM and work my way up 120BPM house, techno etc I find when its slow and slung you can really get nasty grooves going and hopefully grab the attention of your dance floor. For me the EP is like a sample of where I would start and I guess where I would finish if that makes sense. Them To an Ending is like my finale track to a night. The horns are fun, up lifting and make me just want to hug everyone in arms reach on the dance floor for one last boogie.

What are your top 5 albums?

This is tough one… I’m going to try and be as broad as possible, for me these are like classics. There are way too many to list, if you said top 50 or 100 I could do that pretty easy! But in no particular here are five that changed my life: