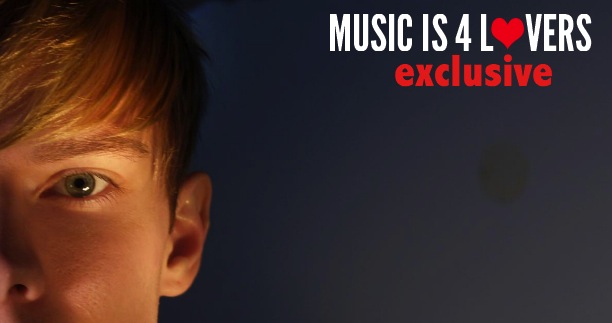 Exclusive Interview: M A N I K Gets His Game On to Help Big Dogs in Red Blue Classic

WMC is definitely a time to party and let loose, but this year New York DJ/producer M A N I K has taken the initiative to host a charity event benefiting a Dade County organization, Big Hearts for Big Dogs Rescue and Advocacy. All proceeds will go to help BHBD rescue and rehabilitate big dogs.

The altruistic basketball game, called the Red Blue Classic, will take place on March 19th and pit top DJs and producers like Lee Foss, Jesse Perez, Oscar G, and Ryan Crosson (to name a few) against one another. We sat down with M A N I K to find out a little more about his inspiration for the event and who he thinks will take the Red Blue Classic crown.

First of all, how hard has Mad Max been pushing you to train for the RedBlue Classic? Feeling pretty confident?

I’m starting to think he might be rooting for the opposing team! Every time I try to get ready to train, he tries to stop me! But yes, I’m confident in my game. Although, I’ve certainly been logging some extra hours on the courts lately. It’s crunch time.

How’d you partner up with VIS A VIS and Big Hearts for Big Dogs? Do you have a fundraising goal?

My good friend and manager, Dan, is the President of VIS A VIS. When I had this idea to throw the Red Blue Classic, I ran it past him and he equally understood, and shared my vision, and I knew right away that he was the best choice to help launch this event. Regarding Big Hearts for Big Dogs, I grew up with a Bullmastiff, and she was great. When I learned about the tremendous work Big Hearts for Big Dogs does for these animals, I knew I had to do something to help. Larger breeds, and pit-types especially, get such a bad reputation, and I really think we need to change that perception. I’d love to raise as much as possible for BHBD, but ultimately, any dollar donated, helps.

Have dogs always been a particular passion of yours, in terms of altruistic causes?

There are definitely a few causes and issues that I support. However, I wanted to launch the inaugural event in support of dogs. Dogs are the most honest animals, and many of them are abused and abandoned; it’s heartbreaking. I can’t imagine not helping dogs because they provide such happiness to humans. With the way the world is today, we need to do what we can to save anything that promotes this unconditional love.

Was Miami the city of choice for the event because of its visibility during this time of year?

Miami is sunny, warm and has an inviting, positive vibe – it’s really a pleasant place to be. Since it’s also the host city for the Winter Music Conference, I wanted to take advantage of djs, music producers, and fans all in one city. I wanted to do something different and something charitable at the same time, so Miami gave me the perfect storm.

Your team includes the likes of Jesse Perez and Ryan Crosson versus Lee Foss and MK, and Miami legend Oscar G, among others. Were players divvied up by any logical means you’d like to reveal or completely randomly? You have any game predictions?

Just being friends with a lot of these guys, I already knew some of them were serious on the court. I made sure to make those guys captains on each team and then randomized the rest. As far as my game predictions go, I’m on Team Blue, so Blue is going to run this thing – you heard it here first.

WMC is an exciting time to preview new material and test new sounds out. Will we be hearing the latest progress on your new album in Miami? How has that process been for you, especially in between touring?

I really wanted to finish my album before I left for my winter tour. I think I definitely accomplished that. It’s almost done now and I look forward to the mixing process.

Something I always love hearing about from artists is how the physical landscape in which they’ve grown up has affected them. In what particular ways has the NY cityscape expressed itself through your art?

I think anyone who listens to my first album can undoubtedly see the correlation of NYC and my music. In terms of the physical cityscape within my art, on this new record, I still draw a lot from the City but also NY as a whole. I spent a lot of time upstate near the Hudson Valley last summer when I began the writing process. So Everything from the mountains and the city decor influences me.

Also, just out of curiosity, are you anti-cats?

Ha! No way… In fact, let me take this opportunity to give a special shout out to my childhood cat, Lucky.