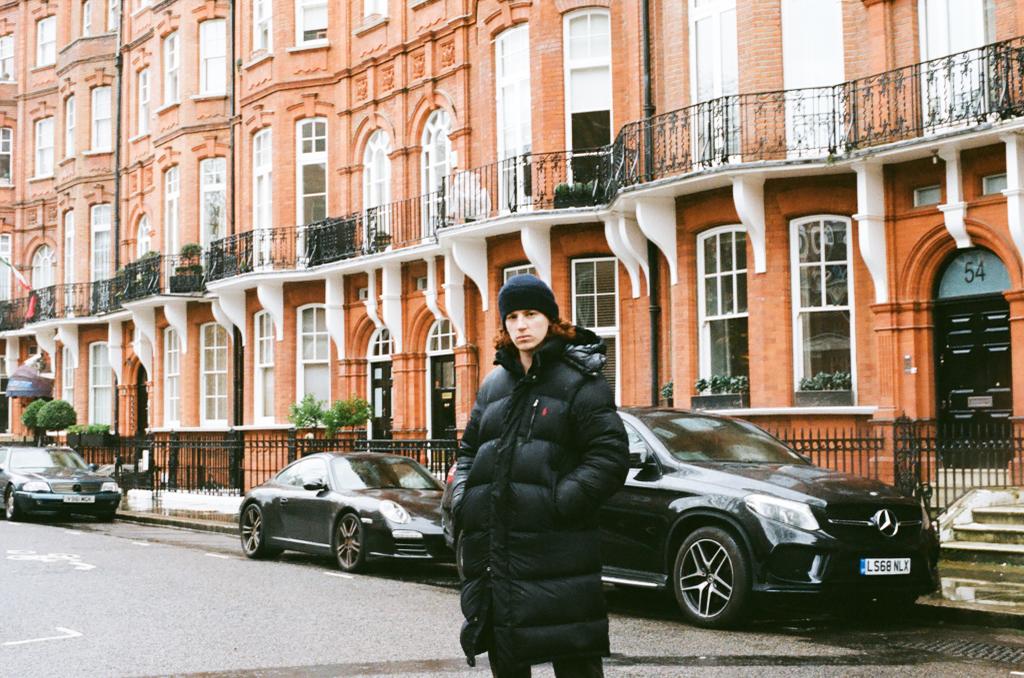 Leo Ruff is a young sensation from London who emerged onto the scene in early 2021 with his club hit Tech House record ‘Get Down’. With the extensive support he has received from leading UK radios such as KISS FM & Sunrise FM, and support from some of biggest names in dance music such as Don Diablo & Tungevaag, Leo Ruff is a name to watch.

Get Down peaked at number #13 on the Upfront UK Club Charts and he sold out his debut headline London show at Basing House last year. Since then Leo has been working hard on new material, with new cut Under The Covers now due for a March 2022 release.

Under The Covers combines crisp percussion, energising chords and an earworm vocal with a fierce, pummelling bassline. A crossover anthem in the making, expect to hear this one troubling the clubs, festivals and airwaves for some time to come.

Incredible rave-inspired track with the acid stabs really cutting through the melody. Inspired the kick that drives through “Get Down” and is a perfect example of bringing together influences to create an incredible track.

This tune is an absolute techno stomper, and it’s led me to let my kicks cut through a production. Kicks tend to soften up on the more pop-y side of House but this one gave me the inspiration to experiment more with heavier kicks on lighter tracks. Feedback on this has been great so I can’t wait for people to hear these thumping dance tunes!

This is one of those rare tunes that is both commercial yet can pass as underground at the same time. This is what I strive for in my sound, something that can be played on the radio & whilst you’re studying but also something that would set the dancefloor on fire at 3am in a sweaty club.

The piano on this is something else, I’ve never heard a keyboard drive a House track like this. It really changed my perspective on layering & arrangement, and you’ll definitely be hearing more piano in my upcoming releases.

A bit like the Robbie Doherty tune in that it’s commercial but has heavy underground influences, this one has an incredible topline that sits perfectly on top of that deep, wide instrumental. It’s that contrast that makes the track work so well.

Florian Picasso – But Us

A sound design masterpiece. This is probably ranks as my best-mixed track of the year as everything just works incredibly well together on this track. I’m not usually a full-on EDM guy but this track is something else. The synths & leads are just incredible on it, and it’s a great benchmark to aim for in my own productions. There’s no way I can really put this track into words, you just have to go and listen to it!

Love the Garage influences in this one, Wes is an absolute musical god to be honest, in the way he layers a massive array of genres and artists on his records.

Foster the People did a royal job on this record but the way that Poolside spun it is what did it for me. Luscious stabs and that incredible keyboard, absolute genius remix.

This one’s quite simple to be honest, but that’s what makes it great; a no-nonsense punchy record that I can bang on at any time of the night and the dancefloor will start to shake. Typical Toolroom stuff, can’t mess with this one.

I (giving myself a little pat on the back here) actually discovered this one before it started popping off across UK festival stages during the summer and it was great to see Matt get the recognition he deserves after so many years toiling in the background.

Really like the traditional African influences in this one, gives the track this cool tribal vibe, akin to Afro House. Melé has really been impressing me these past couple of months, culminating with me trekking up to Shoreditch to see him support Diplo in the freezing cold! Talk about dedication…